Bono has defended the decision by U2 to move part of the band's business from Ireland to the Netherlands to reduce his tax bill and the tax bill of the other band members.

Bono was speaking at University College Cork, where he attended a meeting of the Irish Government's Hunger Task Force, of which he's a member.

He said Ireland's prosperity had been achieved through tax innovation and it would be churlish to criticise U2 for being innovative in relation to their tax affairs when that's what people were encouraged to do and that's what made the country prosperous.

He said U2 paid taxes not only to the letter of the law but to the spirit of the law too.

The singer said anybody who knew him would know that he wouldn't ask anyone to do something which he wasn't prepared to do himself.

Around the world he said he had been asking governments to increase their spend on Third World aid by something like 0.2% and he was sure nobody was seriously suggesting that U2 weren't up to that too.

Bono praised the role being played by the Irish Government in eradicating famine in the Third World.

He said African countries were seeking to replicate the success of the Irish economy because Ireland had come from further behind than any other country in modern history to achieve the levels of prosperity currently being enjoyed.

This year the Government will spend €815m on Third World aid and Bono said Ireland's aid record and its recent prosperity gave the country an authority when advising African nations on their problems. 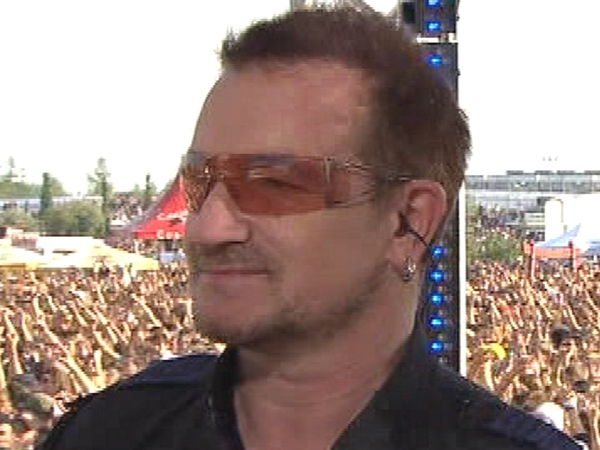 Bono's motorbike up for auction Entertainment