Opinion: American TV can't get enough of it. Michael D Higgins thinks it's the solution to our post-truth culture. It's even being taught in Irish schools. But what is philosophy?

Your first reaction to that might be "hrmph". And on being told that that's a central question in philosophy, your second reaction might be "well then, philosophy’s a waste of time".

If that is your reaction, though, you need to get with the times. Philosophy, long the preserve of Oxbridge types, is broadening its horizons. On TV show The Good Place, one of the lead characters is an academic philosopher. HBO's Westworld is full of philosophical questions about what it's like to be human, along with cool humanoids.

It's not only the Americans. Our president, Michael D Higgins, has said that we need philosophy to fight "post-truth culture". And our schools have heeded him: as part of an add-on to the junior cycle, our children may be taking short courses in this seemingly frivolous subject. My goal here is to shed some light on these bad riddles (or what we call "thought experiments"), to see why Michael D is right and to show why philosophy in schools can help your child.

Philosophy is full of questions like the one about that very heavy stone. You spot a Luas moving down Abbey Street towards the Jervis Centre, where five people are lying, tied up in some sort of ill-conceived protest against the Luasisation of Dublin city centre. There's a lever beside you and if you press it, the Luas will change lines to head for Westmoreland Street. But there's one person tied on that line, for the same reason!

Opinions about city transportation notwithstanding, these people don't deserve to have thousands of pounds of metal crash into them. But if someone is going to suffer that fate, surely it should be the one person, not the five, right? So you should push the lever. But then you'd be intervening. You'd be causing the one person to get crushed. If you just left it, you'd do nothing, so they couldn't blame you. So you shouldn't push the lever, then … maybe? Philosophers, who call this the trolley problem, have been debating the answer for decades; in one form or another, for centuries.

We need to consider strange cases, cases which stretch our very understandings of concepts like duty and right, and make us go beyond our superficial everyday understanding

Here's another one. You wake up one morning, and there's a classical violinist stitched to you. See, she suffered kidney failure and owing to some weird medical fluke, the only way she'll survive is if her organs get attached to and use yours for support. And so that's precisely what the Evil Violinists of Ireland (Louth chapter) did: they kidnapped you, knocked you out and hooked her up to you. It'll take the best part of a year to get her better. Should you do it, let her leech off you for the year? If you don't, she'll die. And surely you don't want that on your conscience. But if you do, that's near enough a whole year of your life stuck to this violinist. And you had big plans for that year. So you shouldn't?

These can seem like silly, unrealistic, questions. If philosophy is devoted to answering them, philosophy might seem silly. Certainly not a match for Breitbart News and a compulsively lying US president. We should teach our children something useful, like trigonometry instead.

But these aren't silly questions. Should we step into situations that don't involve us if we can improve them, even if the personal cost to us is great? What rights do we owe something which depends on us, even if we didn't ask to be so dependent?

These are absolutely fundamental questions to modern life. The former is one of the central questions involved in the design of self-driving cars. The latter lies at the heart of the debate concerning the 8th Amendment.

Now, you probably see why we should ask these questions. But you might wonder why don't philosophers just, well, ask them? Why these silly examples?

And the answer is: well, you try! What do we owe something which depends on us? That question is so frighteningly abstract that we can't begin to approach it. If we attempt to answer it, we're liable to focus in one key familiar example, and extrapolate from it. We need to consider strange cases, cases which stretch our very understandings of concepts like duty and right, and make us go beyond our superficial everyday understanding. And that's what philosophy's thought experiments do

Looking beyond the heavy stones and the violinist and Trump tweeting at 5am and we no longer see something ridiculous. We see concepts being stretched: of omnipotence, or obligation, of what communication even amounts to when the most powerful man in the world can speak to the whole world from his bed at 5am.

It's for that reason, I think, that Michael D Higgins welcomes philosophy. Kooky examples notwithstanding, we should welcome it in our schools and on our TVs as ways of looking at the fundamental questions of life from a different angle, the better to deal with them.

Matthew McKeever is an academic philosopher, a research assistant for the University of Oslo's ConceptLab and assistant editor of Inquiry. His debut novella Coming From Nothing will be published by Zero Books in May 2018. 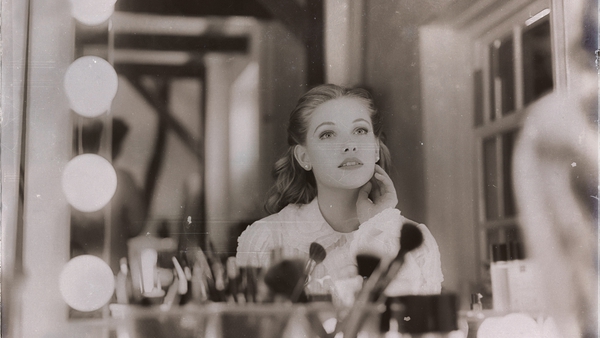 When your parallel life takes over from reality