Opinion: the man who wrote Gulliver's Travels got involved in a spat over the introduction of copper halfpence and farthing coins

There are many reasons why we remember Jonathan Swift today. His ferocious satirical imagination made him a difficult contemporary, but he has survived in the national affection, not merely as the author of Gulliver’s Travels (1726) – still a staple of the school curriculum – but as a defender of Irish interests in a lopsided relationship with Britain.

One of the interventions that made him famous in his time and a national hero came in the struggle over a now-obscure issue: resistance to a base-money currency introduced by English ironmonger and ironmaster William Wood. Swift attacked the monetary scheme in a series of pieces known as the Drapier’s Letters (1724–25), as they were signed "M.B. Drapier" under the guise of a Dublin trader in textiles. These seven texts were designed to discredit and block the introduction of Wood’s halfpence and farthing coins fabricated in copper, courtesy of a patent awarded to Wood in July 1722 by George I.

Why was this issue such a concern? The first of Swift’s objections to the coinage was the excessive quantity of the issue. He estimated this at ninety thousand pounds in copper coins. In fact the patent made provisions for a total issue of £100,800. Using a number of calculations characteristic of political arithmetic (associated with Sir William Petty), Swift maintained that only £25,000 worth of such small coins was needed in order to drive trade. In other words, he was not unaware that Ireland required such a currency, only that the excessive volume would, presumably, cause inflation. Swift does not always spell out his economic assumptions so a certain amount of expansion of the argument is required.

The second problem was the poor quality of the coins in question. They were of variable weight and Swift dismissed a reassurance from Master of the Mint Sir Isaac Newton that an assay demonstrated the coinage was consistent with what government required. Swift’s continual disparagement of Wood plays off of the "trash" he imposes on Ireland, but the economic issue is that the variable weight would encourage people to remove full weight coins from circulation and for others to bring in lightweight coin to realise a premium. The underlying premise was that of Gresham’s Law, that bad money drives out good.

From February 1984's Folio show, Patrick Gallagher talks to British Labour politician and journalist Michael Foot about his longstanding interest in Swift. Foot wrote a book about Swift, "The Pen and the Sword", after losing his seat in the 1955 election

Perhaps his most fundamental point of principle came in his objection to the fact that the market value of the metal in the coin was drastically below its face value. A surplus of some amount between the face value and market price was obviously essential in order to discourage people from melting down coins and realising the difference, but the copper coinage proffered by Wood constituted something else altogether.

Swift embeds these concerns in a larger political argument. He insists that the English crown and parliament cannot impose this currency precisely because it is not money and only the precious metals of silver and gold enjoy this status. In short, it could not constitute legal tender and the Irish people therefore have a legitimate right to resist and refuse the currency.

Issues of sovereignty and Ireland’s status inform the discussion in ways that make the Drapier’s Letters a dangerous contribution. Swift composed these writings in the aftermath of the Declaratory Act of 1719 which settled the question of the right to legislate decisively in favour of the English crown. This explains why he cannot arrogate the entitlement to the Irish parliament, but instead adopts a definitional approach which enables him to make his case without (ostensibly) offending the law or British authority. At the same time, Swift lamented the lack of an Irish mint. Such a mint could have guaranteed the quality of the coinage and determined the amounts required.

We also have the shadow of gun money, to adapt a phrase from Sean O’Casey, in Swift’s account. During the Williamite War from 1689–91, James II had notoriously introduced a base metal currency in Ireland derived in part from melted down weaponry, consisting of copper, brass, and pewter, in order to fund his army among other obligations (albeit in larger denominations compared to Wood’s halfpence and farthing issue). The idea was to redeem the currency for silver after the war was over, but the victory of William of Orange put paid to that.

An alternative vision for Irish currency was set out by Bishop George Berkeley, Swift’s contemporary and fellow Church of Ireland cleric. His major economic work, The Querist, appeared between 1735 and 1737, and reaffirmed the chronic need for small change. In responding to the situation, Berkeley famously regarded money as a "ticket or counter". This made him open to paper money as the solution to the need for an adequate circulating medium. For him, Ireland’s distinctive economic problems required the provision of a mint, the formation of "a national bank, and plenty of small cash".

From 1983, RTÉ Radio One documentary exploring the tradition of mixing comedy and politics in Ireland

Berkeley still understood the monetary system as requiring land as a form of securitization, so he was not yet in the world of fiat currency. Nonetheless he had departed significantly from the focus on "intrinsic value" that characterized Swift and so many others, including John Locke. In part Berkeley’s approach depended on privileging the needs and interests of an island nation, solving its problems according to internal needs.

From the perspective of later monetary theory, Swift lives in the world of Bretton Woods. The point for him was the convertibility conferred by operating with precious metals possessing their own independent value. Berkeley is more in tune with Irish currency as it developed in the 20th century: Irish bank notes contained no promise to pay the bearer on demand which survives to this day on British bills. The Euro has also abandoned this nicety. The post Bretton Woods era inaugurated by President Nixon in 1971 is therefore closer to Berkeley’s vision, while Swift is more in tune with a globalised, interdependent system of currencies.

In honour of Swift’s 350th birthday, the Central Bank has issued a silver coin commemorating the occasion. Wisely, they have struck it in silver alloy (0.925 sterling). The dean of St Patrick's Cathedral would certainly have approved. 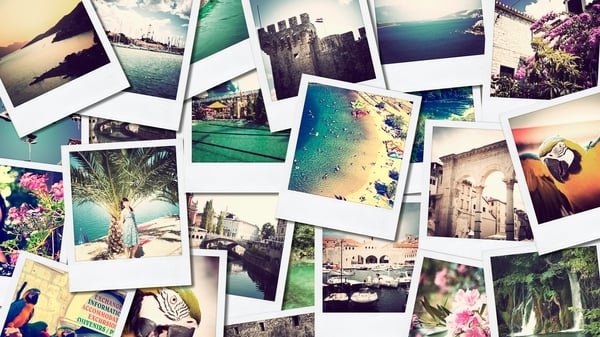 Can reliving the past change our memories?

How much damage has Donald Trump done to the United States?

Joe Biden may win the White House, but where was the 'blue wave'?

You're fired: is Donald Trump set to become a presidential loser?