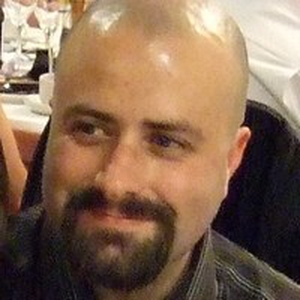 Centre of Bioethical Research and Analysis

Opinion: there is no doubt that gene editing and similar techniques are going to deeply affect the future of our children and future generations

The turn of the century saw a surge of interest in human genetics with the highly publicised race to complete the sequencing of the human genome. In 2000, then US President Bill Clinton joined with the two leading figures in this race - Francis Collins of the Human Genome Project and Craig Venter of Celera Genomics – to announce a working draft of the human genome. In his address, Clinton optimistically observed that "it is now conceivable that our children's children will know the term ‘cancer’ only as a constellation of stars". Shortly thereafter, the human genome was fully drafted in April 2003.

Over the course of the following decade and despite such optimism, it has been argued that progress was mixed. On the one hand, we've seen significant strides in basic genetic science and improved methods of genetic testing. On the other hand, there has been little progress in terms of actual medical applications.

Then in 2012, CRISPR happened. Since then, many applications of the expanding genetic science have rapidly moved from science fiction to become actual or imminent scientific fact. In researching how bacteria fights viral infections, a team of researchers led by Jennifer Doudna and Emmanuelle Charpentier made a revolutionary discovery of a method of intervening in the human genome with previously unimaginable precision and efficiency. In fact, the method was so easy and cheap (relatively speaking) that most universities could easily afford the necessary equipment and tools to enable its grad students to use it. 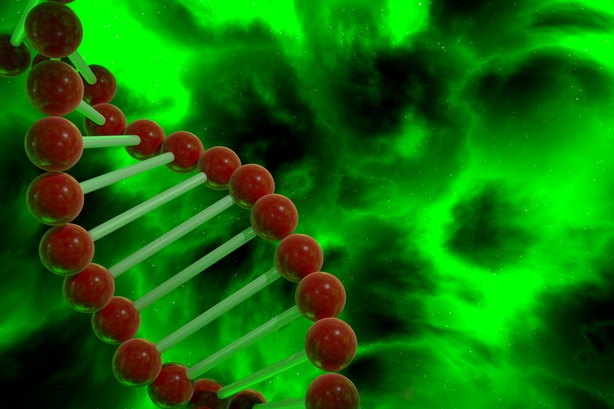 In short, the CRISPR-Cas9 method (to give it its full name) borrows a natural inherited process from the immune system in bacteria. Bacterial DNA was found to contain clustered, regularly interspersed, short palindromic repeats of DNA (thus the acronym CRISPR). These sequences matched the DNA of viruses (specifically the viral DNA) that have previously attacked the bacterium or its ancestors. In this way, the DNA from new viral attacks could be recognised quickly.

The bacterial DNA also codes for the Cas9 nuclease capable of cutting RNA or DNA that contains these viral sequences if it is brought into contact with them. Thus, a viral attack on the bacteria triggers CRISPR-Cas9 to find the viral DNA or RNA at the remembered sequences and cut and disable that RNA/DNA and so disable the viral attack. What was revolutionary what that the researchers discovered that CRISPR-Cas9 could be programmed by human design to cut (gene silencing) and even replace (gene insertion) any chosen stretch of DNA in human and non-human cells.

And with this, the surge of interest and optimism has returned. CRISPR-Cas9 has been heralded to have significant potential applications in a wide variety of areas, from agriculture to human intervention. From developing disease-resistant and pest-resistant high yield crops (without the need of environmentally harmful pesticides and herbicides) to vastly increased abilities to study the mechanisms of disease, the potential of CRISPR is such that is may have an application in every aspect of biological life.

One area of ethical disquiet is the prospect that interventions could be used not just for treatment, but also for enhancement.

In terms of human therapeutics, there are a number of exciting CRISPR initiatives in Ireland, including research into the correction of inherited heart defects, blindness, rheumatoid arthritis, immunology and, to recall Clinton’s optimism, cancer. There are two ways that the technology could be used on humans – non-heritable (somatic) or heritable (germline) – and it is particularly the latter germline focus that holds immense promise for the elimination of inherited genetic diseases that would otherwise affect our children and future generations. For instance, in August this year, we had the highly publicised case of researchers in Portland using CRISPR to correct a disease-causing genetic mutation at the early embryonic stage that would otherwise have caused a serious heart condition in later life.

A question of ethics

Research into making germline changes at the embryo stage is not uncontroversial. It should be noted that the Portland research, like other similar research, was never designed to allow the gene-edited embryos to be implanted and allowed to develop to birth. There are many safety issues to be surmounted before this could be contemplated, including avoiding off-target changes or accidental changes to the genome. Indeed, the 1997 Council of Europe’s Oviedo Convention contains an article banning such interventions to be made to the genome of our offspring and future generations.

While there has been much opposition to the notion of germline interventions, it can be noted that such opposition is lessening in recent years, whilst always with the condition that safety issues are addressed before any such changes would ever be permitted. 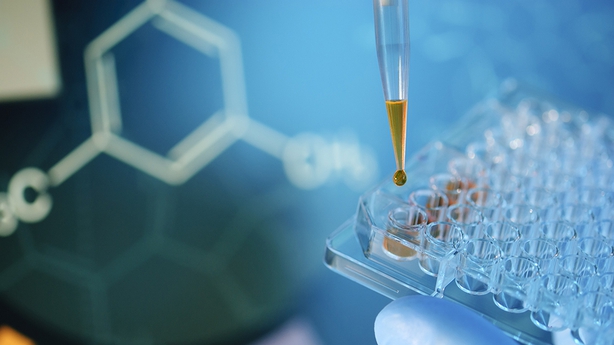 Even those opposed are increasingly anticipating this reality. In October this year, the Council of Europe issued their Recommendation 2115 (2017) on the use of new genetic technologies in human beings where they reaffirmed the opposition to deliberate germline changes as expressed in the ‘Oviedo Convention’ as crossing "a line viewed as ethically inviolable".

However, they also recognised that "recent advances in genome editing are bound to result in germline interventions in human beings quite soon, for example with the birth of children whose genome has been altered with some unforeseeable consequences in such a way that their descendants are also affected". In other words, while not universally supported, germline interventions are on the horizon.

The prospect of enhancing human beings

One area of ethical disquiet that seems intimately bound up with concerns over germline interventions is the prospect that such interventions could be used not just for treatment, but also for enhancement. Many might feel that this is a problematic step from a legitimate concern over the welfare of our children (and our children’s children) to a eugenic-sounding project of designing our offspring and future generations.

For instance, a 2016 Genetic Alliance UK survey showed respondents to be enthusiastic over gene editing in terms of therapeutic goals, but decidedly not in favour of enhancements. Similarly, the 2016 US Pew study of surveys notes more anxiety than enthusiasm regarding enhancements. In many ethical assessments, the prospect of enhancements for future generations is seen as something both "dangerous and problematic".

The recent Council of Europe recommendation also noted this concern, which was also heavily implied as underlying part of their concerns over germline interventions. "Recent discoveries related to the human genome have opened the door to new opportunities and unprecedented ethical concerns.

"On the one hand, this improved knowledge of our make-up as human beings brings with it welcome potential to diagnose, prevent and eventually cure diseases in the future. On the other hand, it raises complex ethical and human rights questions, including – but not limited to – unintended harm which may result from the techniques used, access and consent to such techniques, and their potential abuse for enhancement or eugenic purposes."

We are already heavily designed by our social environment, which is a highly artificial intervention that forms who and what we are

There are many issues raised over the notion of human germline enhancement. The renowned philosopher Jürgen Habermas feared that it would cause a sense of unfreedom for the modified offspring due to (irreversible) design by third parties and damaging the sense of being the undivided author of one’s own life. Michael Sandel noted that such interventions would be a result of (and further foster) a bad character trait in patents as striving for total mastery over their offspring.

Others have concerns how such interventions would negatively impact the prospective child’s ‘right to an open future’ due to the view that the enhancement of some capabilities may narrow the options that the person will have in life. While some concerns over germline interventions could possibly be circumvented by the addressing of safety concerns, the concerns over the prospect of enhancement would seem to raise more intractable issues.

How should we proceed?

It would be wise to keep the following three factor in mind as people deliberate upon these important issues (whatever their ultimate assessment). Firstly, such potential issues are not genuinely new. The American philosopher Allen Buchanan notes that such concerns over genetic enhancements causing changes "in us" being framed as fundamentally different from "environmental" enhancements are "tantamount to denying that culture plays a significant role in our individual and collective identities". We are already heavily designed by our social environment, which is a highly artificial intervention that forms who and what we are in its socialisation of norms, values, identity and personality.

Secondly, such genetic possibilities will not be especially powerful as some commentators might imagine. The traits and capacities that enhancements would be directed toward are formed from a multitude of genetic and environmental influences. Modifying some of the genetic influences will only be a modest contribution to the resulting person. 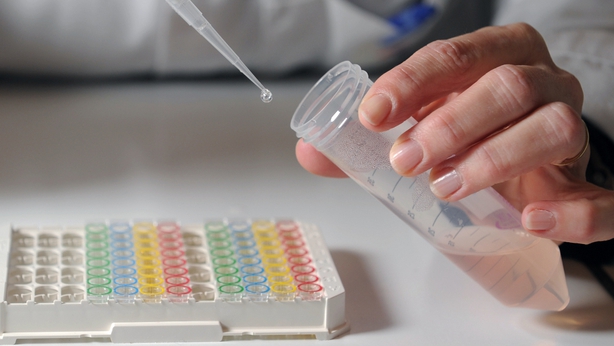 Thirdly, and importantly, concerns with such issues may distract from imminent work now. If germline interventions are delayed due to concerns over enhancements (or concerns over improperly designing our offspring), we should be wary. After all, some such germline interventions could have contributed to avoiding disease and unnecessary suffering for our offspring and future generations. We should be careful, if you pardon the following pun, not to throw the baby out with the bathwater.

Much more remains to be said about enhancements, germline interventions, future generations and gene-editing broadly  especially with regard to concerns over wider environmental risk as well as issues of ownership and control of such a powerful and foundational technology. However, one thing is certain: gene editing and similar techniques are going to deeply affect the future of our children and future generations. It is incumbent upon all of us to take part in discussions over the ethical, legal and societal implications of this and to be open to all sides and all arguments, whatever our ultimate conclusions. 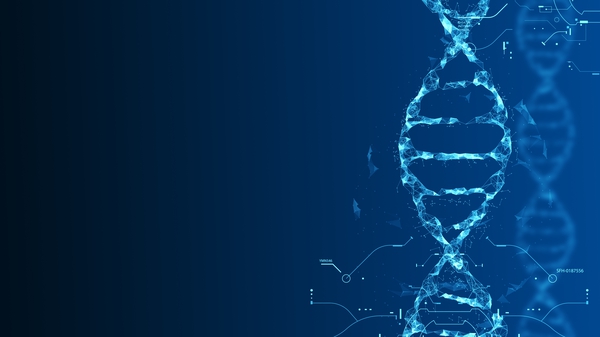 Why DNA sequencing is going to become part of daily life

Centre of Bioethical Research and Analysis

Dr Oliver Feeney is Head of the Irish Unit of the UNESCO Chair in Bioethics at the Centre of Bioethical Research and Analysis (COBRA) at NUI Galway. He is currently Visiting Researcher at the Bioethics Institute Ghent at Ghent University, Belgium