Report: the Football Collective's annual gathering in Limerick later this month will examine many of the ways in which football intersects with politics and popular culture

Apparently football and politics shouldn’t mix, yet football has always been political. See May 13th 1990 for instance. Just weeks after parties favouring Croatian independence had won the majority of votes in an election, a riot between fans of Red Star Belgrade and Dinamo Zagreb marked a game in the Maksimir Stadium. Zvonimir Boban, the Zagreb captain and future AC Milan star, kicked a police officer who had allegedly been mistreating Croatian fans. Some argue that this key moment marked the end of Yugoslavia, with a devastating civil war following soon afterwards and many of the protagonists on that day swapping the terraces for the front lines.

Clubs, players and fans are also enmeshed with politics. Clubs have been born as a result of population upheavals and migration and have been associated with ethno-national and religious communities, and political ideologies and parties.

In the contemporary context, football continues to be tied to political events and symbols. The ongoing movement of people into Europe has witnessed voices raised by football supporters supporting and opposing migration. Racism and anti-racism practices play out on and off the pitch. Broader contemporary international political controversies, such as the prohibition of the Palestinian flag or the wearing of symbols such as the British poppy, continue to spark controversy among player and fan communities alike.

Football also manifests itself in artefacts of music and broader popular culture. Football chants are a sophisticated socio-political activity, which connect to early forms of communication where humans used music, chant, and dance to bond as social groups. "Performance" also has a unique ability to make difference visible and audible, and songs in particular have been shown to have powerful agency in the negotiation of "self" and "other".

On November 23rd and 24th, the annual conference of the Football Collective will take place at the University of Limerick. This is a dedicated multidisciplinary international network of over 200 academics and sports practitioners. It promises to be one of, if not the biggest, conference on football (AKA soccer to our American friends and others) in Europe this year. Organised by Dr James Carr, Dr Martin Power and Dr Stephen Millar of UL’s Department of Sociology, the conference will see 90 delegates from across the globe presenting and participating in discussion and debate about football from a diverse range of academic disciplines and perspectives.

In all, over 60 presentations will be delivered across 26 sessions. Each session will focus on a particular aspect of research on football. Depictions of Sectarianism in Scottish Football; Football and Symbolism will examine the politics of the poppy in British football. Football and Integration has papers looking at the challenges of integrating disability football in Northern Ireland and Youth Football as a Tool for Cultural (Re)Integration. The Politics of Football Fans and ‘Sounding’ Football Fandom will address masculinity, violence, and deindividuation in Argentine football chants, football chants in Iran and sonic politics and cheering practices at Atlético Mineiro games.

Other papers of interest to a great many people will focus on the role of the stadium in the shaping of fan culture, identity management and forced career transitions from the Premier League. Alexandra Culvin, a former professional women’s footballer at Leeds, Everton, AZ Alkmar and Liverpool FC, will talk about new realities for professional women footballers in England. There will also be a screening of The Sarajevo Derby followed by a Q&A with the filmmaker Dr Joel Rookwood from University of Central Lancashire and Universitat de Vic UCC, Catalunya.

Closer to home, Niamh Donnelly will discuss fan culture in the #GreatestLeagueInTheWorld, ie the League of Ireland. Meanwhile, Sean Huddleston and Paul Breen will speak about how the Irish national football teams from both sides of the border can be seen as a reflection of their societies in the years surrounding the Good Friday Agreement.

Thursday’s keynote address will be delivered by Dr Simon McKerrell from Newcastle University. He will argue that football and music are ever-present in contemporary society and that "part of the power of football and its songs, chants and tunes" lies in the manner in which it can inspire feelings of belonging while also encouraging division. Friday’s keynote will be delivered by Dr Mark Doidge of the University of Brighton. In a paper entitled ‘Refugees United – the importance of activism in football scholarship’ he will talk about how political activism and public engagement are not only important areas of research but an important way of challenging the power structures in society. 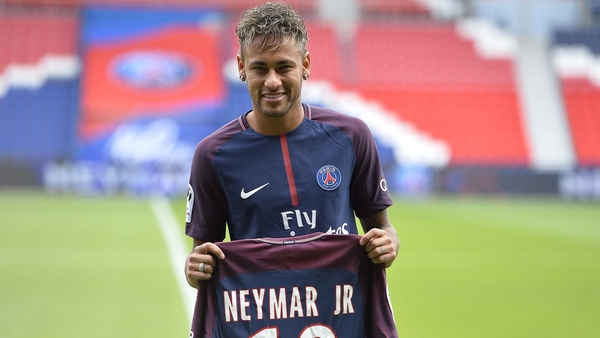 Football is experiencing a textbook case of hyperinflation