James McClean has explained why he was not prepared to wear a poppy-embroidered shirt like the rest of his Wigan team-mates at Bolton last night.

This weekend's round of fixtures will see clubs up and down the country wear poppies on their jerseys to commemorate Remembrance Sunday on the 100th anniversary of the outbreak of the First World War.

However, Derry-born Republic of Ireland international McClean, 25, took the personal decision not to wear a shirt emblazoned with a poppy at the Macron Stadium.

Latics' official website published a letter from McClean addressed to Wigan chairman Dave Whelan before kick-off in last night’s 3-1 defeat in which the winger, who came on as a second-half sub, clarified his stance.

In that letter, McClean said: "I have complete respect for those who fought and died in both World Wars - many I know were Irish-born. I have been told that your own grandfather Paddy Whelan, from Tipperary, was one of those.

"I mourn their deaths like every other decent person and if the poppy was a symbol only for the lost souls of World War One and Two I would wear one; I want to make that 100% clear. You must understand this.

"But the poppy is used to remember victims of other conflicts since 1945 and this is where the problem starts for me.

"For people from the North of Ireland such as myself, and specifically those in Derry, scene of the 1972 Bloody Sunday massacre, the poppy has come to mean something very different.

"Please understand, Mr Whelan, that when you come from Creggan like myself or the Bogside, Brandywell or the majority of places in Derry, every person still lives in the shadow of one of the darkest days in Ireland's history - even if, like me, you were born nearly 20 years after the event. It is just a part of who we are, ingrained into us from birth.

"Mr Whelan, for me to wear a poppy would be as much a gesture of disrespect for the innocent people who lost their lives in the Troubles - and Bloody Sunday especially - as I have in the past been accused of disrespecting the victims of WWI and WWII.

"It would be seen as an act of disrespect to those people; to my people.

"I am not a war monger, or anti-British, or a terrorist or any of the accusations levelled at me in the past. I am a peaceful guy, I believe everyone should live side by side, whatever their religious or political beliefs which I respect and ask for people to respect mine in return. Since last year I am a father and I want my daughter to grow up in a peaceful world, like any parent.

"I am very proud of where I come from and I just cannot do something that I believe is wrong. In life, if you're a man you should stand up for what you believe in." 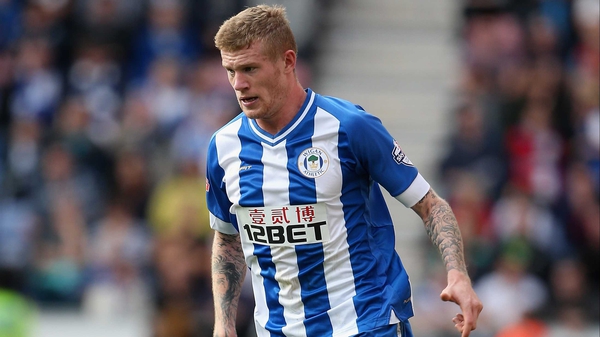