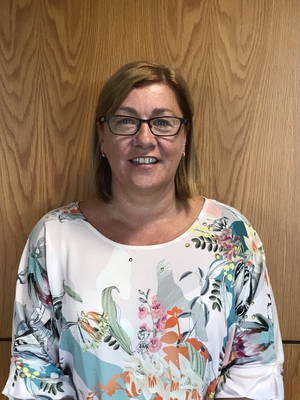 Opinion: recent high profile cases have put the spotlight on the continued existence of the gender pay gap where an Irish woman earns just under 86 cent for every euro earned by her male equivalent

In March 2017, an event was held by the UN General Assembly in New York. This was to coincide with the anniversary of the 61st Commission on the Status of Women, the largest inter-governmental forum on women’s rights and gender equality. The aim of the event was to raise awareness on the gender pay gap (GPG) and to seek additional political support from global governments to address the issue. Yet little attention was paid to the clarion call made as part of the event.

But when it is revealed that there is a pay disparity between male and female journalists at the BBC and RTÉ for what is seen by the public as essentially the same work, everyone is then talking about the issue. Regardless of the reason for heightened interest, it is worth examining the what and the how of the gender pay gap.

I asked my 16-year-old daughter if she was aware of the issue and if she could explain to me what it was all about. She said "it is about the fact that men and women don’t earn the same money for doing the same job". This is what most people think when we talk about the gender pay gap, but this is not strictly correct. My daughter is talking about equal pay, a legal requirement that male and female staff members within an organisation who are engaged in similar work or work of equal value must receive equal pay.

The gender pay gap is a broader measure of the difference in the average gross hourly earnings of male and female paid employees, as a percentage of the average gross hourly earnings of male paid employees. It is usually measured across the economy as a whole or an entire industry or occupation and is expressed as a percentage of men’s earnings. It’s currently 13.9 percent in Ireland, meaning that an Irish female earns just under 86 cent for every euro earned by an Irish male.

A business can be compliant with equal pay regulations if male and female workers working in comparable job roles at every level of its hierarchy receive equal pay and benefits. However, if that same organisation’s senior management and leadership teams are predominantly male and its junior positions are held by a majority of females, it may have a considerable pay gap between the average earnings of its male and female workers. While lower than the EU average of 16.7 percent, Ireland’s GPG has actually risen, rather than decreased in recent years.

So why does the GPG persist? There are a number of complex and often interrelated factors that explain its existence. The first is segregation in the labour market. Men and women tend to work in different sectors of the economy and in different jobs. In sectors where women tend to dominate, such as healthcare, education and public administration, these sectors have traditionally been seen as having lower value and consequently are lower paid. Essentially the fields where women dominate tend to pay less than those where men dominate such as engineering, science and computing.

However, the issue is further compounded by the fact that men hold the most senior and best-paid roles within female dominated sectors and are employed as hospital consultants, school principals and general secretaries.

Another reason for the existence of the GPG is that women encounter greater obstacles when balancing home and work life. Family care and domestic responsibilities are not equally shared. For example, far more women than men chose to take parental leave. The consequence of this is that women have more career interruptions or work shorter hours than men, which has a negative impact on their promotion prospects and hence their salaries and bonuses.

The Morgan McKinley report on the GPG in Ireland in 2016 highlighted that the gender pay gap grows as you move from entry level positions (8 percent) to senior management level (18 percent). It also found that the higher the educational attainment, the more likely women are to find themselves being paid less than their male counterparts. There is a 10 percent salary gap between men and women with an undergraduate degree. Women with an MBA earn €33,500 on average a year less than a man with the same qualification.

It is laudable that the Irish government has begun a consultation process on the gender pay gap. Yet the process of ensuring organisations engage in wage transparency alone will not reduce the pay gap. Instead, the underlying causes of low levels of female representation in senior positions in organisations needs to be addressed. Do your managers trust you if they can't see you working?