Opinion: Richard Thaler's work on behavioural economics and especially his book Nudge have had a dramatic effect on many areas of public policy and regulation

The Nobel Prize in Economic Science was recently awarded to Richard Thaler for his contributions to integrating psychology into economics. Thaler has been based in the University of Chicago for most of his career. His contributions have covered a wide range of ideas and he is widely regarded as the leader of what has come to be known as behavioural economics.

Thaler began his career working on topics such as mental accounting, whereby people divide their incomes into separate psychological pots and then spend from them in different ways. For example, it is widely observed that some people save for a pension, while also simultaneously holding credit card debt and personal loans. His early work also examined how self-control influences people's financial decision making: how do we navigate short-run and long-run considerations when making financial decisions?

During the 1980s and 1990s, Thaler became the most prominent advocate for bringing psychology more into the discussion of economics and economic policy. He built on work with his colleagues Amos Tversky and Daniel Kahneman (who also won the Nobel prize) to understand how people processed gains and losses when making financial decisions. He also wrote a set of now famous articles on questions such as how stock markets react to news and how fairness considerations act as constraints on markets.

Throughout the 1990s, Thaler began to work with legal scholar Cass Sunstein on the implications of behavioural economics for law and policy. The pair began to develop a theory that markets, laws, and policies could be improved through integrating evidence on human behaviour. They also argued that these improvements could be achieved without forcing people to do things against their own preferences or, at least, while placing a strong emphasis on respecting people's ability to choose.

This became a complex academic argument and one of the main results was the publication of a set of papers on an idea they called "libertarian paternalism". Policymakers would allow freedom of choice (libertarianism), but seek to shape outcomes to help people make decisions (paternalism). The most widely used example is pension auto-enrolment, where people are opted-in to pensions and given the choice to opt-out. Libertarian paternalism became the more digestible concept of "nudge" for their now famous 2008 book. 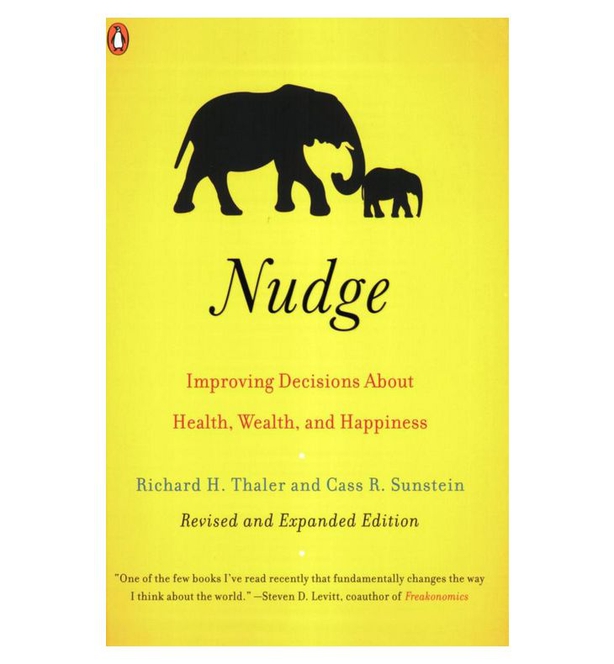 That book Nudge has had a dramatic influence throughout the world. It has become synonymous with the idea that all areas of public policy and regulation can be improved through better design influenced by emerging behavioural evidence. Increasingly, this has become an interdisciplinary effort with psychologists, lawyers, economists, designers and a range of other disciplines collaborating. Nudge-influenced agencies have emerged across the world, such as the Behavioural Insights Team in the UK, which conducts behavioural trials across many areas of policy.

In Ireland, work has been ongoing across areas such as health services, tax administration, and regulation. People working in this area have examined a wide range of policies, including how to reframe information given to people by state agencies to make it more useful. There has also been the use of "opt-out" provisions in areas like organ donation and the development of apps to encourage people to save and engage in other long-term financial decisions.

The debate around Nudge is very active. Some claim it creates too much of a role for state agencies and regulators rather than making people responsible for their actions. Others claim it is too mild to form effective responses to issues such as climate change and financial regulation. Why nudge, for example, in cases where a hard intervention such as taxation or bans might be more appropriate of effective?

For example, we face an immediate decision in Ireland as to whether to make pensions obligatory for private sector workers to ensure that people are covered to allow them to opt out. Such decisions are faced across many areas of public policy and are a delicate balance between evidence, ethics, politics, and public acceptability.

Thaler's ideas have acted as a unifying force between areas such as economics, psychology and law in a manner that has rarely been seen before and it was largely for this that the Nobel committee awarded him the prize. The concepts coming from behavioural economics and the high-profile of Nudge as an idea will have implications for everyone throughout the next decades in every area of life.

Meet the scientists who won the 2017 Nobel Prize for Physics