Who are the scientists behind the discovery of ripples in the fabric of space and time known as gravitational waves? At least one of them is fun on the dancefloor

By Ed Daw, University of Sheffield

The Swedish Academy of Sciences has announced that the 2017 Nobel prize in Physics goes to three scientists for their foundational work leading to the discovery of ripples in the fabric of space and time known as gravitational waves.

Half of the £825,000 prize sum will go to Rainer Weiss of Massachusetts Institute of Technology, and the other half will be be shared by Kip Thorne of Caltech and Barry C Barish, also at Caltech. The scientists, all from the LIGO/VIRGO collaboration, conceived and played major roles in realising the Laser Interferometer Gravitational-Wave Observatory, which first detected the waves in September 2015. I’m pleased to see this achievement recognised on behalf of the thousands of scientists who work on LIGO, including the University of Sheffield group. I also know the recipients personally, in particular Weiss, who is a friend as well as a colleague.

Gravitational waves, predicted by Einstein in 1916, travel across our universe at the speed of light – stretching space in one direction and shrinking it in the direction that is at right angles. LIGO measures these fluctuations by monitoring two light beams travelling between pairs of mirrors down pipes running in different directions.

The source of the first detected signals was a pair of black holes, each being about 30 times the mass of the sun. These bodies once collided and converted in to one large spinning black hole – emitting three sun masses worth of pure energy in about a tenth of a second. For that short time, the source outshines the rest of the energy sources in the observable universe – combined! It’s quite something to try and imagine. Despite being such a violent event, it is so far away that the effects on our local fabric of space and time here on Earth are very subtle – which is why a sophisticated detector like LIGO was needed to make the first detection.

Several more binary black hole signals have been detected by the LIGO detectors since, and one announced just days ago was detected by the Virgo detector in Italy as well. Now that we know these signals exist and can be detected, a new field of gravitational wave astronomy will grow up, enabling us to probe the dark and puzzling universe – phenomena in the cosmos that don’t emit much light but have a lot of mass. It’s an exciting time.

Those of us at LIGO who know Weiss will agree he is an unconventional fellow in the best sense of that description who has inspired a generation of experimental physicists, myself included.

The first time I met Weiss properly was when he interviewed me for my first postdoc, at MIT. I was in my only smart suit, he walked in wearing a woolly hat, baggy sweater and jeans. I had to reassure him that this was the last time he’d see me dressed up that way. He looked relieved.

Weiss has a refreshingly informal approach to physics, which is particularly helpful in encouraging others in their work, especially the young. But this informality and enthusiasm only just conceals his razor-sharp instinct for physics, particularly for sources of background noise and for electronics.

And, because he is what I would call "scientifically sociable", Weiss naturally tends to learn things quickly by talking to people. When I was working at the LIGO lab at Livingston, I did an early systematic comparison of seismic noise between the two LIGO sites in a key frequency range. The tough thing back then was just gathering enough data from the seismometers to be able to make a meaningful comparison between the noise levels.

I’d just made a graph of the results, and I was in the control room staring at it when Weiss walked in. He walked out a few minutes later with a copy of that plot, and the next thing I knew, he was using it in talks to the National Science Foundation when arguing for an upgrade to LIGO Livingston’s seismic isolation system. That’s Weiss in a nutshell. He’s quick on the uptake, good at spotting the key points and problems, and authoritative enough to get others – physicists, engineers and funders on his side.

We also share a love of music. Once when I was invited to dinner at his house, I was asked to bring my cello and had to sight-read several cello sonata movements (rather shakily) with Weiss at the piano. He also showed up to a particularly memorable "hoodoo party night" at a club called Tabby’s blues box in Baton Rouge, Louisiana, where I was playing in a band. He brought along Gaby Gonzalez, who until recently was chairperson of the LIGO scientific collaboration and Peter Saulson, a professor of physics and thermal noise pioneer from Syracuse. A more unlikely crowd on the dance floor at Tabby’s has probably not been seen before or since. They had a great time.

The future of gravitational wave physics is now intimately tied up with the future of astronomy. The field is set to expand rapidly, with more sensitive instruments needed to sense smaller signals and larger scale instruments needed to probe lower frequencies where many of the astronomical signals lie. We also need observers of the heavens, both to interpret the signals we measure, and to make the link between gravitational waves and other sources of information, such as gamma ray and neutrino bursts, and visible transients. We are hoping to continue to play an important role in the research here at Sheffield.

But, for now, it’s time to enjoy the moment of a very well deserved Nobel prize for a great group of physicists. They have played a long game; the project started in 1972, and I didn’t even join until 1997. It’s a lesson to us all to keep both eyes on the science, to be prepared for a protracted struggle with Mother Nature, but ready in the end to step back and admire the edifice we have constructed, and go on to apply the tools we have created to achieving an ever expanding knowledge of our universe. 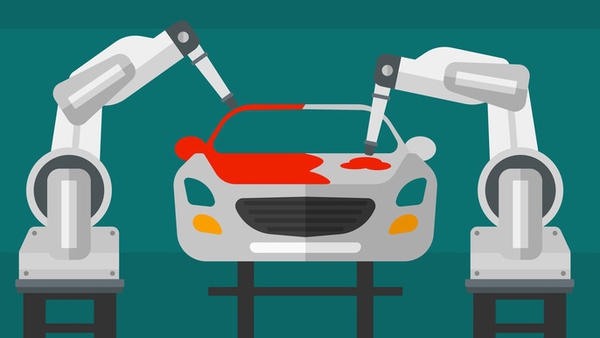 Robots can be an opportunity rather than a threat