Opinion: as the Horrorthon film festival shows, many people are attracted to the grotesque, the gruesome and the sinister, but the human love of horror is not a new phenomenon

As the days grow shorter and the trees shed their leaves, it’s easy to find yourself bewitched by all things dark and spooky. In the spirit of the season, horror fans will gather once again at Dublin’s Irish Film Institute (IFI) for the annual Horrorthon. A Halloween tradition, the festival is dedicated to showcasing the best Irish and international horror films.

Every year, this marathon horror screening draws enormous crowds of eager filmgoers. The enthusiasm with which audiences embrace the Horrorthon’s blood-soaked line-up of new and classic horror cinema might lead us to question why so many people are attracted to the grotesque, the gruesome, the sinister. Why are we enchanted by those things that should repulse us? Where did this fascination with the morbid and the macabre come from?

The human love of horror is not a new phenomenon. At the end of the 18th century, Europe was a haunted place. Spirits roamed the countryside, dark castles groaned with menace, and spectres lurked in cemeteries and crypts. Well, at least in the pages of novels.

The year 1764 saw the publication of Horace Walpole’s novel The Castle of Otranto, a sensational story of evil counts, ghostly apparitions and spooky catacombs. Unsurprisingly, the lurid tale was a massive success, spawning a host of imitators, and giving birth to what we now know as gothic horror. The years that followed saw the publication of numerous similarly ghastly works, including Anne Radcliffe’s The Mysteries of Udolpho (1794) and Matthew Lewis’s The Monk (1796). These novels were so popular that parents worried about their daughters being corrupted by such horrific tales; women then, as now, comprised a significant portion of the horror audience.

The flowering of horror in the last decades of the 18th century was not spontaneous. Europe then was in a state of social, political, and cultural upheaval. The French Revolution threw the old aristocratic establishment into chaos, the power of the church was in decline, and the Industrial Revolution heralded the dawn of a new age. It’s not surprising that the Marquis de Sade – himself no stranger to the grotesque – described the gothic novel as "the necessary fruit of the revolutionary tremors felt by the whole of Europe."

Where did this fascination with the morbid and the macabre come from?

These early horror stories often dealt with themes such as the corruption of the aristocracy, the decay of traditional values, and the perversion of accepted morality. In this way, the monsters and ghosts of the gothic gave form to the fears and anxieties of a continent in chaos; they were a way of expressing previously unspeakable terrors.

From the very beginning, horror was never just about shocks and cheap thrills. While horror novels were often viewed as the literary equivalent of carnival funhouses, with skeletons popping out from behind gravestones to provide quick scares, they were always more than their spooky trappings. Horror has always served to express the fears of our society and give shape to our own hidden anxieties.

By the 20th century, horror had moved onto the big screen, but its allure stayed the same and it remained a way of exploring and engaging with our individual and societal fears. In the 1930s, when Bela Lugosi stalked across cinema screens in Dracula (1931), Europe was again in a state of chaos, with totalitarian regimes spreading across the continent and nations on the brink of war. Dracula, like other popular horror movies of the period such as Frankenstein (1931) and The Wolf Man (1941), featured a European monster and painted a picture of a continent in decline.

By the 1950s, fear of the atom bomb dominated the popular imagination, and so the horror films of the period featured giant irradiated monsters and alien invaders from outer space. In the 1970s and 1980s, cultural anxieties about teenage rebellion and rising divorce rates threatening the nuclear family brought horror home as masked killers stalked the suburbs. Now, in the age of Trump, horror films such as Get Out (2017) and It Comes at Night (2017) express an assortment of new concerns about issues such as race, class and politics.

As individuals and as a society, we cannot always find the words to talk about the things that frighten us. But, horror, with its stable of ghosts, monsters and madmen, gives us a symbolic language with which to express these fears and explore them in a relatively safe context.

Many of those who attend this year’s IFI Horrorthon will be there for the scares, the thrills, the things that go bump in the night. But they are also there because horror allows us to give physical form to our hidden anxieties. It lets us explore the taboo and the dangerous Most of all, it allows us to confront our fears from the comfort and safety of a darkened movie theatre. 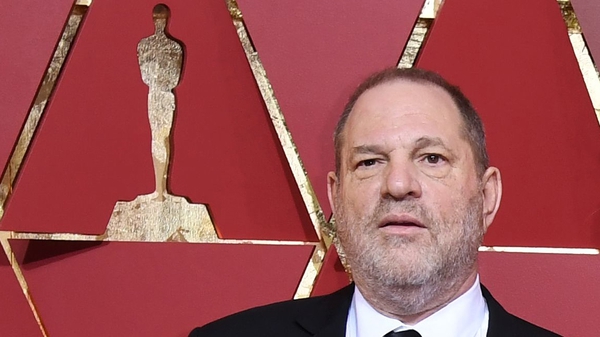