Opinion: there are huge changes afoot in Central Asia and an embassy in Kazakhstan, the area's largest and richest country, would assist Irish business interests in a newly important economic region

By Neil Collins and David O'Brien

For a long time, Ireland has ignored Central Asia. It is one of the few European Union states to have no resident diplomatic representation, even at an honorary level. This lack of attention to a major proportion of the globe is understandable: it was a relatively minor part of the Soviet Union until 25 years ago, the Irish diaspora is very small and current trading figures are not encouraging.

But it may be time to reassess this neglect. Central Asia may be about to become a primary arena in world politics in a way in which it has not been since the British and Russians engaged in their 19th century Great Game, an imperial contest for control of approaches to India.

A new US$480 billion proposal by the Chinese government, announced by President Xi Jinping in Kazakhstan in 2013, seeks to dramatically alter the geopolitical focus and to re-establish the concept of the historic Silk Road. Many countries are involved in this venture, currently called the Belt & Road Initiative (BRI), and it will see the creation of new and more efficient trade routes if successful.

As a product of these developments, new market opportunities will arise and, as was the case with the original Silk Road, important political and ideological developments can be anticipated. For these reasons, it is essential that Ireland begins to develop an informed and, hopefully, proactive policy towards Central Asia, especially Kazakhstan, the largest and most prosperous of the former Soviet republics.

There are interesting parallels between the original Silk Road and the current venture. The impetus for the first Silk Road was the huge increase in Chinese inventiveness and prosperity during the Han dynasty (206BC – 220AD). This led to considerable overproduction capacity that incentivised the Chinese to seek markets outside their territory. Eventually, the Silk Road stretched from then Chinese capital Xi’an to Rome.

China's economic growth and the policies that sought to protect it from the global downturn after 2008 have led to significant overproduction in a number of sectors. This has encouraged the Chinese government to look for access to new markets.

The BRI is characterised by major infrastructural investments in roads, railways, pipelines and ports. The aspiration is to connect European and Asian markets so efficiently that trade will be greatly enhanced.

Of course, there are political and security motives also. The Chinese feel that a new network of transport facilities will free them from dependence on the sea routes currently dominated by America and its allies. All of this may seem a rather distant concern from an Irish perspective but a pivot towards Asia in world trade and politics will have serious consequences for us. As the 2009 Global Irish Economic Forum participants suggested in the middle of the economic crisis, Ireland neglects Asia at its cost.

The BRI comes at a time when America is disengaging internationally while China is ever more assertive. In many ways, the whole BRI venture is a repackaging of projects which already existed. It involves developing countries in Central Asia and elsewhere getting into very substantial debt to Chinese institutions. Many of the infrastructural projects are carried out by Chinese companies and, as locals protest, very few jobs are created in other countries. 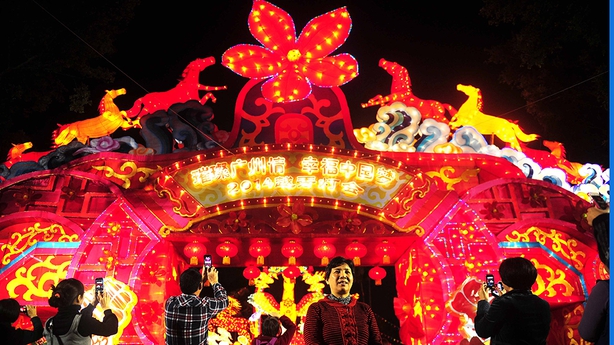 For the Chinese government, however, this is a signature foreign policy initiative aimed at stimulating the Chinese economy, counter protectionism and enhancing international cooperation. They do not share the fear voiced by many outside that eventually all roads will lead to Beijing.

For the Communist Party of China, the impetus behind BRI comes from a need to secure the material well-being of the people whose tacit support for the party needs to be maintained in order to legitimise the government. In rhetorical terms, it also enhances the Chinese worldview that China is reclaiming its rightful place after a century of humiliation.

Much of the effort being put into Central Asia may also be seen as part of an attempt to develop the vast Xinjiang Uyghur Autonomous Region in particular. A region the size of western Europe and an area of huge strategic importance as well as mineral wealth, Xinjiang has witnessed increasing ethnic tension and violence between the native Turkic Muslim Uyghur people and migrants from inner China in recent years.

This tense situation is currently inflamed by allegations of ISIS infiltration and religious repression. Recent heavy security clampdowns, which attempted to demonstrate Chinese control in the region, may also have damaged ethnic relations. Although hugely different in scale, the comparison with Northern Ireland in the 1970s and 1980s is easily made.

For the Chinese government, this is a foreign policy initiative aimed at stimulating the Chinese economy, counter protectionism and enhancing international cooperation.

For many of the countries bordering China, BRI is also connected to regime survival because of the promise it makes for "win, win" economic development. For Central Asia, the Great Game that used to involve only two competitors now has several more sovereign players. Each of these in some way sees BRI working in their favour, although they also have to deal with high levels of popular misgivings about China and the Chinese.

While Russia subscribes to the general thrust of BRI, many of the Central Asian countries see it as a way of decreasing their reliance upon the Russians. The prospect of distribution networks that do not go through Russia is an attractive feature of the initiative.

An embassy in Kazakhstan, Central Asia’s largest and richest country, would signal to a mature worldview and assist Irish business interests in a newly important economic region. If the new Silk Road really does signify a major geopolitical shift, Ireland needs to be in a position to respond.

About the authors: Neil Collins is an emeritus professor at UCC and currently Professor of Political Science in Nazarbayev University, Kazakhstan. David O’Brien is a UCC doctoral graduate and professor at University of Nottingham Ningbo, China.