After less than three months in office, US President Donald Trump has abruptly shifted his stance on an array of foreign policy issues from the US relationship with Russia and China to the value of the NATO alliance.

Mr Trump, who ran for the White House on a pledge to shake up the status quo in Washington, repeatedly lashed out at China during the campaign, accusing Beijing of being a "grand champion" of currency manipulation.

Candidate Trump also dismissed the NATO military alliance as obsolete and said he hoped to build warmer ties with Russia.

But at a White House news conference and in a newspaper interview yesterday, he offered starkly different views on those issues, saying his relationship with Moscow was souring while ties with Beijing were improving.

He also lavished praise on NATO, saying it was adapting to changing global threats.

"I said it was obsolete. It's no longer obsolete," Mr Trump said as he stood at a news conference alongside NATO Secretary-General Jens Stoltenberg in the White House East Room yesterday. 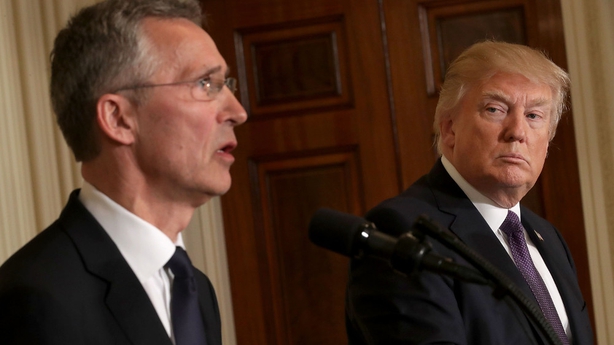 The reversals on Russia and NATO could reassure US allies in Europe who were rattled by Mr Trump's overtures towards Moscow during the campaign.

But the president's talk of "bonding" with Chinese President Xi Jinping could sow confusion in Asia, where US allies are fearful of a rising China.

Mr Trump's apparent shifts towards a more conventional foreign policy came amid infighting within his administration that has lately seen a decline in the influence of political operatives, mainly his chief strategist, Steve Bannon.

Six months ago, candidate Trump suggested he was eager for an alliance with Russian President Vladimir Putin.

"We may be at an all-time low in terms of a relationship with Russia," said Mr Trump, who ordered the firing of US cruise missiles at a Syrian airfield last week to punish Mr Assad for suspected use of poison gas in Syria's civil war.

While criticising Russia, Mr Trump said he and Mr Xi had bonded during the Chinese president's visit to the Mar-a-Lago resort in Florida, where they dined together with their wives and held talks. 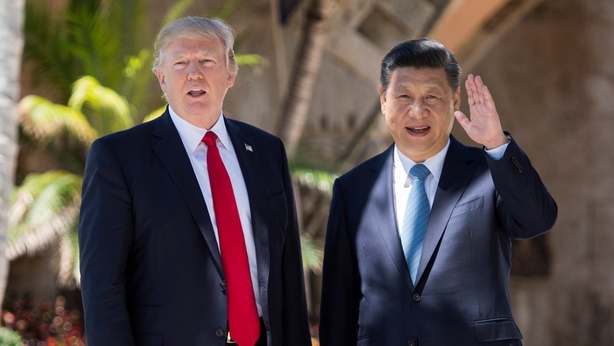 Ahead of that visit, Mr Trump had predicted "difficult" discussions on trade.

The improving ties with Beijing were underscored when Mr Trump told the Wall Street Journal in an interview yesterday that he would not declare China a currency manipulator as he had pledged to do on his first day in office.

Mr Trump, a former real estate developer, took office in January as a government novice whose foreign policy mantra was a vow to keep the US safe and build up the US military.

Christine Wormuth, former undersecretary of defence in the Obama administration, said Mr Trump had a steep learning curve on foreign policy when he came into office but that it was beginning to even out.

He is starting to have a more nuanced and deeper understanding of a lot of issues, said Ms Wormuth, now a senior adviser at the Center for Strategic and International Studies.

The evolving Trump foreign policy appears to reflect less of the influence of his campaign team and more the views of Defense Secretary James Mattis, Secretary of State Rex Tillerson and national security adviser HR McMaster, all of whom are deeply sceptical of Russia.

The new tone on foreign policy comes as Mr Trump has been trying to settle the intrigue inside the White House, where Mr Bannon, former chief of the conservative Breitbart News organisation, has been at odds with the more mainstream Jared Kushner, the senior White House adviser who is Mr Trump's son-in-law. 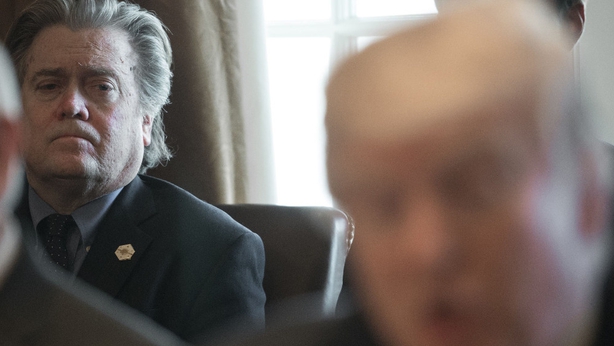 In an interview with the New York Post on Tuesday, Mr Trump offered only lukewarm support for Mr Bannon.

"I like Steve, but you have to remember he was not involved in my campaign until very late", Mr Trump said.

Meanwhile, Mr Trump's son Eric said he is very hopeful his father will visit the Trump golf course at Doonbeg in Co Clare as President over the next four years.

Speaking to Clare FM on his visit to Doonbeg, Eric Trump said he would love to have his father visit the international resort and see what he and his brother Donald Jr have accomplished with the business.