Brandon McManus kicked a 37-yard field goal in overtime after missing one at the end of regulation as the Denver Broncos beat the Cincinnati Bengals 20-17 to clinch a play-off berth on Monday.

Quarterback Brock Osweiler threw for a touchdown and led the overtime drive that ended in McManus' game-winning field goal, helping the Broncos improve to 11-4.

The Broncos' defence put the finishing touch on the game when a shotgun snap went through the arms of Cincinnati quarterback AJ McCarron and linebacker DeMarcus Ware recovered the fumble, ending the overtime possession for the Bengals (11-4), who also are playoff-bound.

Denver had a chance to win the game at the end of regulation but McManus shanked a 45-yard field attempt wide left, sending the game into overtime.

Trailing by 14-3, the Broncos aired it out to open the third quarter, marching 81 yards largely on the strength of Osweiler's passing arm. 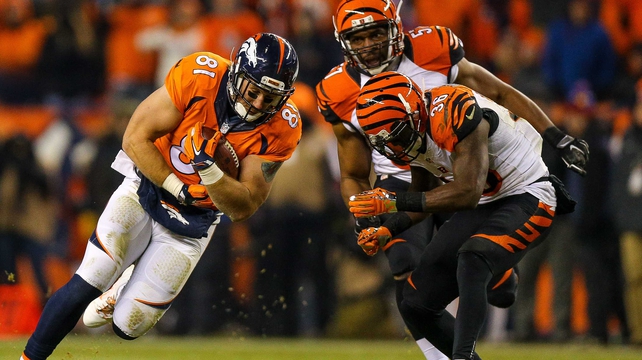 He finished off the drive with an eight-yard pass to wide receiver Emmanuel Sanders, who broke through cornerback Adam Jones' tackle near the goal line for Denver's first touchdown of the game with 10:14 left in the period.

It was Denver's first second-half score in four games and it would not be the team's last, though the Broncos turned to their running game.

After the Broncos' forced a punt, Denver took over on its 48. Osweiler passed 13 yards to wide receiver Demaryius Thomas before handing off to Anderson.

With the middle clogged, Anderson darted to his left, broke a tackle near the line of scrimmage and sprinted 39 yards down the left sideline, eluding two more tackles before going in for the score to put Denver up by three with 11:17 remaining.

Displaying veteran-like efficiency from the outset, McCarron led long touchdown drives in each of the first two quarters, giving the Bengals a 14-3 halftime lead.

Cincinnati missed a chance to extend the advantage when Mike Nugent was wide right with a 45-yard field-goal try late in the second quarter.

Denver did not get on the scoreboard until McManus kicked a 23-yard field goal with 18 seconds remaining in the second quarter.

McCarron completed five passes for 47 yards on the Bengals' opening possession, including a five-yard touchdown pass to wide receiver A.J. Green, who outjumped cornerback Aqib Talib to make the catch in the corner of the end zone.

Later, Bengals wide receiver Mohamed Sanu took a direct snap from centre and swept around left end behind a wall of blockers and waltzed into the end zone untouched from six yards out. 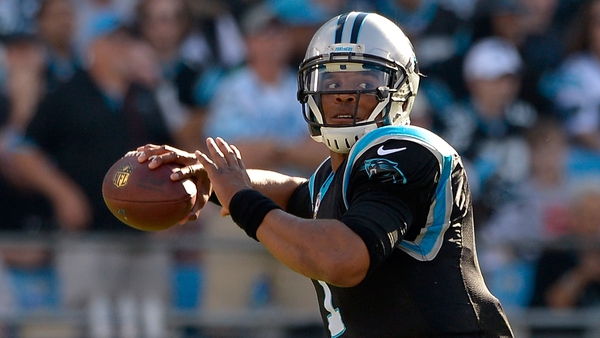