The Carolina Panthers are 11-0 after easing to a 33-14 Thanksgiving victory over the Dallas Cowboys, who saw quarterback Tony Romo forced off with a potentially season-ending injury.

Romo has only just returned from a broken collarbone but faces another spell on the sidelines after taking a big hit to the same area on a nightmare night for the 35-year-old.

The Panthers' defence returned two of Romo's three interceptions for touchdowns in the first half before Cam Newton scored Carolina's only offensive touchdown on a four-yard run.

The result extended the Panthers' NFL-best winning streak in regular-season games to 15 - a run which began at the end of last year - and left defending NFC East champions the Cowboys 3-8. 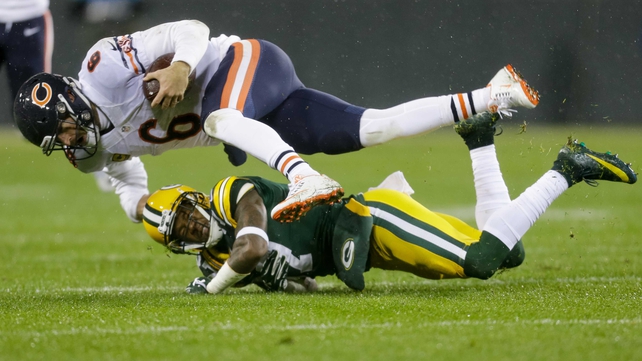 The Chicago Bears withstood a late charge from the Green Bay Packers to earn a 17-13 success, their third win in four games.

Green Bay, who unveiled Brett Favre's name and retired number four jersey on the Lambeau Field facade at half-time, were fourth-and-goal from the eight in the dying seconds but Davante Adams could not gather Aaron Rodgers' pass.

Jay Cutler threw for 200 yards including a touchdown pass to Zach Miller, while Jeremy Langford also scored from a yard out.

In Thursday's other game, Matthew Stafford threw five touchdown passes - equalling his own record - as the Detroit Lions eased past the Philadelphia Eagles 45-14 to record their third straight win.

Stafford finished 27 of 38 for 337 yards, with Calvin Johnson running three of his passes into the end zone to help inflict a third defeat in a row on the Eagles. 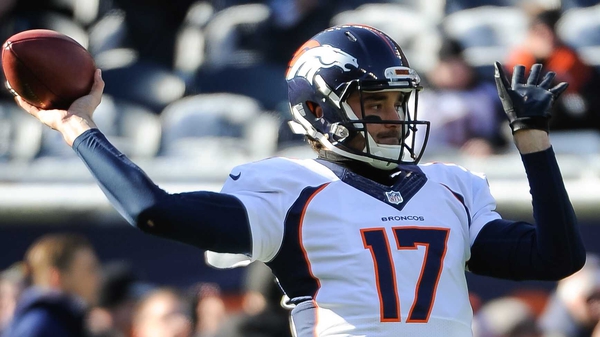