The New Orleans Saints sealed a 28-10 win over the Carolina Panthers last night, wresting top spot in the NFC South from their opponents in the process.

Saints running back Mark Ingram claimed two touchdowns and 100 yards in the win while quarterback Drew Brees added 297 yards passing and a touchdown. He also ran for a score.

With both sides failing to fire offensively for the opening 26 minutes, two Saints touchdowns in the last three minutes of the first half produced the gap needed to secure the win over their divisional opponents.

New Orleans improved to 4-4 (four wins and four defeats) on the season, snapping a seven-game road losing streak, to push ahead of the 3-5-1 Panthers.

After the Panthers had failed to get points out of two forced turnovers, and the Saints had also squandered a chance after a Cam Newton interception, the stalemate was broken after Junior Galette sacked Newton near his own endzone, allowing the Saints to set up Ingram for a three-yard touchdown run.

With time running out in the first half, Brees marched the Saints 85 yards, capped off by a Jimmy Graham one-yard reception touchdown with three seconds left for a 14-0 lead.

The home side sparked hope of a comeback by getting an early Newton rushing touchdown in the third quarter but Brees jumped over the pack from one-yard with four minutes to go in the period to restore the 14-point lead.

A potential Carolina touchdown to Brandon Williams was overturned early in the fourth quarter and while the Panthers slotted a field goal they never truly threatened again and were put out of their misery with Ingram's second touchdown with just over five minutes left. 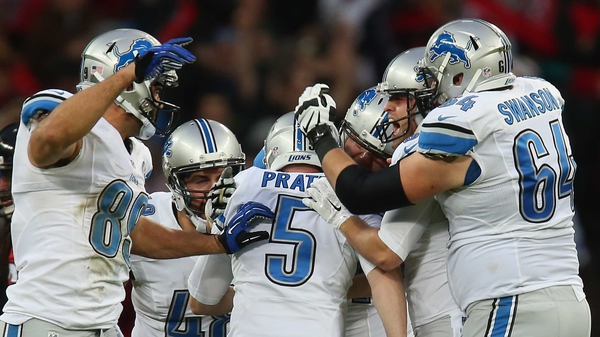