Connacht director of rugby Andy Friend says he has "no doubt" that Bundee Aki will be at the province next season.

The Ireland international's absence from the squad in recent weeks has been a major talking point, with the centre last featuring in their defeat to Ulster on 23 December.

While Aki was officially rested for the New Year's Day defeat to Leinster, he's been available for selection each of their last three games against Sharks, Brive and Newcastle, but hasn't been involved.

And although he's believed to be contracted to the IRFU until the end of 2024, his ongoing absence from the Connacht side has led to speculation he could leave the province this summer, with local reports suggesting Munster as a possible destination.

However, Friend has dismissed the speculation.

"I've no doubt he'll be here," the director of rugby said, when asked if he believed Aki would remain at Connacht.

"It's all just paper talk as far as I'm aware."

Aki will be absent from the squad once again this week, although this time due to his involvement in Ireland's Six Nations training camp.

And Friend (below) says he doesn't regret leaving his star centre out of the squad for last week's Challenge Cup game against Newcastle Falcons, where a 35-21 defeat saw them miss out on home advantage in the last-16. 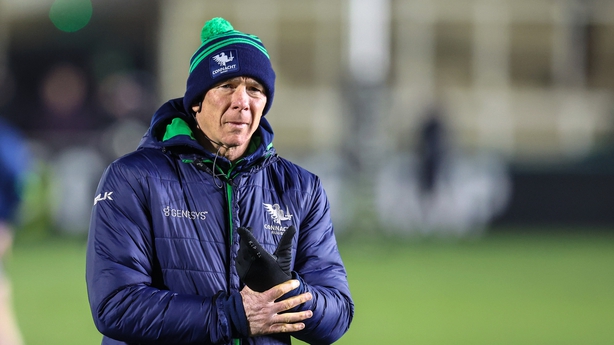 "We picked that team based upon form, based upon what we felt was right for that weekend, and we didn't get the job done which is very disappointing. We've got to own that.

"At the time we selected the team, it was the right team.

"He's certainly not surplus [to requirements], as we know he's away for the next five weeks with Six Nations, and the ideal scenario is that he has a great Six Nations, he comes back and is raring to go and playing his best footy for our last five or more games," Friend added.

Their win against the Sharks earlier this month keeps their fight for a spot in the playoffs, and potentially Champions Cup qualification alive, although they will likely need to win each of their remaining six regular season games.

And while Friend says he would rather they brought that backs to the wall intensity to games every week, he says his side play their best when they have a 'must win' mentality.

"I think it does [bring out the best in us], it's when we know that we have to win, we have to fight.

"We should be knowing that all the time, it's not an excuse, it needs to become part of our mental approach. Every game's got to be a must win, it's not 'lets turn up and see how we go'

"We need to bring that edge, and when we've been explicit in delivering that, that these games are must wins, we tend to get a performance. Maybe we've got to do that for the next seven games."

Dave Heffernan, Byron Ralston and Alex Wootton have all been ruled out of Saturday's game, with Heffernan being managed for a knee injury and Ralston set to see a specialist after hurting his ankle. Wootton is following the return to play protocols for concussion.

The province are hopeful that Jack Carty is cleared to return after picking up a knock last week, and missing the defeat to Newcastle. The captain trained today, with Friend adding that he'll be monitored throughout the week.

Meanwhile, Connacht have also confirmed a contract extension for hooker Dylan Tierney-Martin, with the 23-year-old agreeing a new three-year deal to keep him at his home province until the summer of 2026.

Tierney-Martin expressed his joy with the contract and said: "It was a no-brainer for me to sign on for three more years so I'm delighted to be staying on. It’ll be an exciting three years for everyone at the club and I can’t wait to play my part in that." 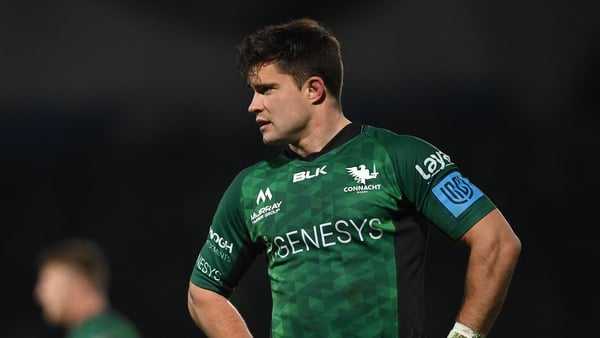