The province stayed in touch with the top eight of the BKT United Rugby Championship with a 24-17 win against Connacht last Saturday, but had difficulties at the scrum in the first half of the game, conceding multiple penalties, before the experience of John Ryan and Jeremy Loughman saw them shore up the set-piece in the second half.

Kyriacou says it's been an area of big focus ahead of Friday night's trip to the Scottish capital.

"We've gone through our review as we always do. Firstly, we looked at ourselves, we haven't looked at anything Connacht were up to, it's how can we get better and control ourselves," the Munster forwards coach said.

"We've done some good work in and around that as a front row yesterday, and then collectively today we've built on it again.

"We're aware of it, we've got to be better in that area, and we're doing everything we can to put right those areas for the weekend."

The province are currently waiting on results of a scan for out-half Jack Crowley (below), who picked up a calf injury in the win against Connacht on Saturday night. 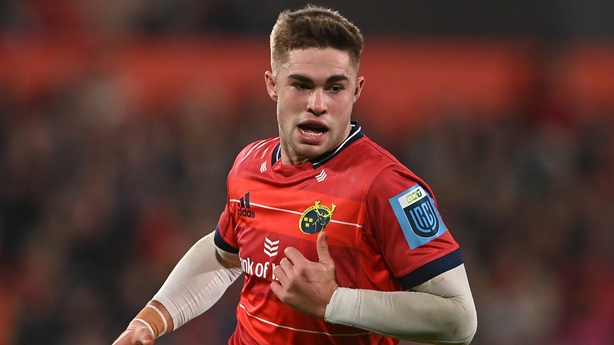 And while the province are yet to rule him out of contention for Friday night in Edinburgh, it doesn't appear to be a long-term issue.

"I couldn't tell you what the results of the scan were, but he's trained today, he's done elements of training today.

"We're just going to wait and see how he reacts to stuff and move forward as his body tells us."

Meanwhile, full-back Mike Haley is following the return to play protocols for a concussion sustained at the weekend, while Peter O'Mahony is available after suffering a facial injury in the same game.

Conor Murray, Andrew Conway, Keynan Knox and Fineen Wycherley are among 10 players unavailable due to injury, but the province have seen their squad boosted in recent weeks by the return of several first team regulars, after being hit with an injury crisis earlier in the season.

And while Kyriacou says they will hopefully be able to reap the benefits of a more consistent team selection in the coming weeks, he believes the extra exposure for younger players this season could help them in the long-term.

"It's massively important. With having to go as far into our squad as we have done, I think we're at 55 or 56 [players used], that's how far we've gone down there.

"It's been brilliant in one aspect, because it's given lads a lot of exposure, a lot of reps, so they're up to speed with the system, but it's a nice luxury to have to know you can pick from the bank of players that we've got when they're all fit.

"We can drill that little bit more consistency in our timing, our understanding of how each other works, and those key bits we're trying to drive as a group, those coaching bits."

Friday's opponents Edinburgh have had an inconsistent season, with four wins and four defeats from their eight games, losing 24-17 away to Benetton in their last outing.

However, Kyriacou says he isn't reading too much into the form book, with the province more concerned with their own performances.

"Not to sound cheesy or anything, but we've been massive performance-driven, in terms of what we're looking for week-in, week-out, and that's something we're still going with.

"Week-to-week, what's our performance like, and can we constantly improve?

"We feel we're more comfortable in our shape and the way we're trying to attack and defend. Everyone is getting to grips with what us as a coaching group have brought in.

"We're just concentrating on our week-to-week performances and we're not overly focused on what other teams are doing and where that sits us on the ladder. If we perform well, we believe we'll be in a good position in a game to win." 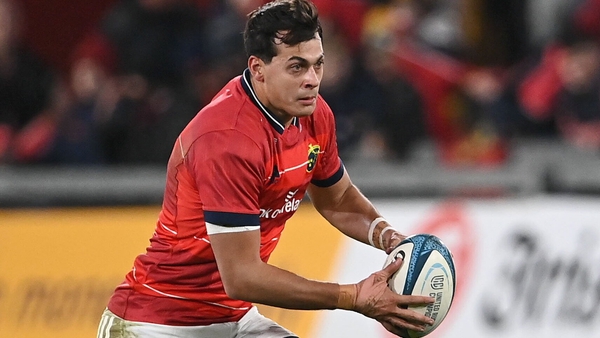