Andy Friend says he will not have an official role in finding his replacement at Connacht.

Friend confirmed one of rugby's worst-kept secrets last week when announcing he will step down as director of rugby at the end of the season.

Connacht are due to begin the search for his successor but Friend does not expect to play any part in that recruitment drive.

"No, I haven’t [been asked]," said the Australian. "Certainly not an official role.

"Willie [Ruane, Connacht’s chief executive] and I converse regularly and very often I am asked my opinion on things but that process there is for Willie and the board.

"If he does ask me my opinion I will be happy to share it, but at the moment I haven’t been."

Friend, who succeeded Kieran Keane as Connacht head coach on a three-year contract in May 2018, never envisaged he would end up spending five years in Galway.

His coaching stints with the likes of Harlequins, Brumbies and Australia Sevens all lasted around three years, but from the moment he arrived into the Sportsground it felt like a great fit for both parties.

"Having been around rugby for a long time, when you sign a three-year contract you're not even guaranteed the first three years. I certainly wasn’t envisaging five years," said Friend.

"When Willie offered me a two-year extension, it was a pretty easy decision because we’ve loved our time here. But it was also at that time that I said, 'if I do stay on for the next two years that will be it’.

"Four and a half years later, I’ve loved every moment and really want to see these last six months out and hopefully finish playing the best footy that we’ve played."

Friend said some of his Connacht players have known for over a year that he is leaving next summer.

"When players are re-signing contracts, one of the questions you’re often asked is how long you are staying around for," he said.

Connacht return to action in the BKT United Rugby Championship on Saturday when they travel to Munster for their fourth interprovincial derby of the season.

The Westerners beat Munster 20-11 in Galway last month to register their first win of the season and they head to Thomond Park seeking a third successive victory after back-to-back successes over the Scarlets and Ospreys before the international break.

"They’re a very proud side, and it’s an interpro," said Friend. "They certainly don’t like losing to any side, let alone Connacht.

"I’ve no doubt they’re going to come full guns blazing. They’ll be wanting to stamp their mark on the game as early as they can."

Connacht are likely to be without Mack Hansen, who suffered a thigh injury in Ireland’s win over Australia. The wing is being assessed by Connacht’s medical staff.

"He copped a heavy knock on Saturday so I would suggest he is going to be a long shot," said Friend. 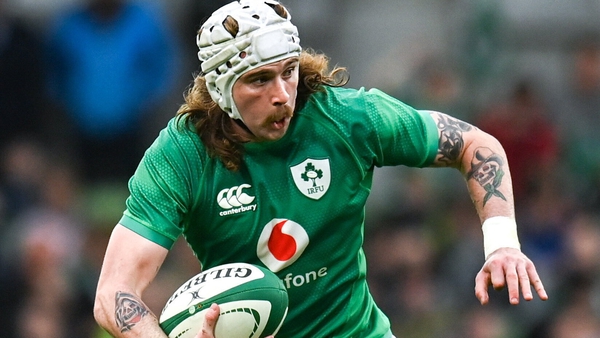 Mack Hansen a major doubt for Connacht's clash with Munster