Mack Hansen is a major doubt for Connacht's derby game at Munster on Saturday after suffering a thigh injury in Ireland’s win over Australia.

Hansen was ever-present in Ireland’s wins over South Africa, Fiji and Australia, scoring tries in the first two matches, but he suffered a knock against the Wallabies and is being assessed by Connacht’s medical staff.

Hansen has registered three tries in five appearances for Connacht this season, including the opening score in last month's 20-11 win over Munster in Galway.

Connacht director of rugby Andy Friend confirmed Hansen’s Ireland team-mates Bundee Aki, Finlay Bealham and Cian Prendergast are all in contention for the trip to Thomond Park as they begin a demanding 10-game block of BKT United Rugby Championship and Challenge Cup fixtures.

"The only stipulation on those [Ireland] boys is that from an IRFU point of view there is nine games," explained Friend.

"It’s a 10-game block but the 10th game will be leading into the Six Nations camp, so for the next nine games those Irish players are allowed to play seven.

"We have to rest them at various stages but there has been no demand on when they are to rest. That’s really up to us."

Shayne Bolton could make his first appearance of the season after recovering from pectoral surgery. He is back in full training along with props Peter Dooley and Dominic Robertson-McCoy, but Tiernan O’Halloran (hip) and Seán Masterson (Achilles) are ruled out.

Friend's side have won three of their last four matches against Munster, including a 24-20 triumph at Thomond Park in May 2021. Connacht sit one point ahead of their near neighbours in the URC table after ending the first block of fixtures with back-to-back wins over the Scarlets and Ospreys, with Munster already in must-win territory after five defeats from their opening seven games.

"They’re a very proud, dogged and physical team," said Friend. "They like to try and squeeze you at their end of the football field so if you’re not disciplined, you’re going to play a lot of rugby defending mauls and in your defending 22, or they’ll be kicking three points.

"You can see they’re trying to play a different brand of footy this year, which is a credit to their coaches, but there’s also the old Munster there too. They’ll kick, and kick smartly, and put you under pressure.

"There is a lot to absorb when you try to preview a Munster side. All we know is when we’ve had success down there, we’ve turned up there physically and played our style of rugby, and we’ve been accurate.

"If we can do that on Saturday we’ll put ourselves in a good position." 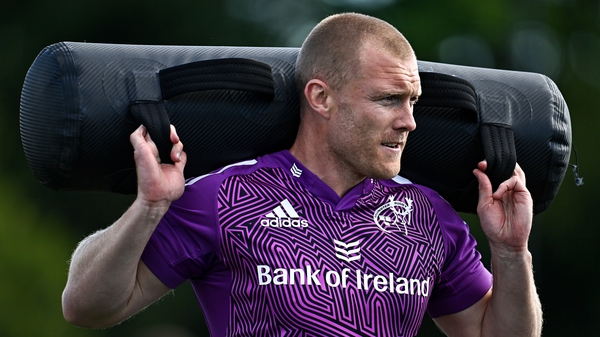