Munster have been handed a fitness boost ahead of this Saturday's BKT United Rugby Championship meeting with Connacht, with Keith Earls among several first-team players who have returned to training.

The 35-year-old hasn't played since suffering a hamstring injury in the opening minutes of the province's round two defeat to Dragons in September, but could make his second appearance of the season in Saturday's interpro against Connacht.

Earls is one of a number first-teamer returning to fitness after the province dealt with a major injury crisis in their opening block of games.

As well as the veteran Ireland wing, Jean Kleyn is fit again after a rib injury, Liam Coombes returns from a hamstring strain, while centre Antoine Frisch is expected to training fully, despite having a scan on a thigh injury last week.

Joey Carbery could be available for the province, with the out-half set to complete the return-to-play protocols following a concussion.

The province picked up just two wins from their opening block of seven games, including a 20-11 defeat to Andy Friend's side when they met at the Sportsground in round four. 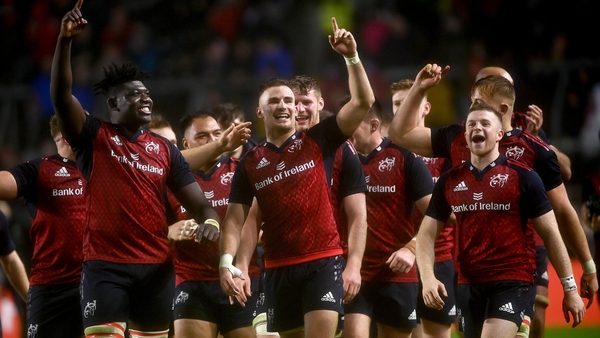 Rowntree: South Africa win has to be a 'springboard' for Munster's season