It's only three games into the new season, but Keynan Knox has already started as many as he had in each of the last three campaigns.

The 23-year-old has played 28 times for the province in total, but for the majority of his young career to date he has featured off the bench, tagging in to replace either Stephen Archer or John Ryan.

Ryan's departure to Wasps has created an instant gulf of experience in Munster's tighthead ranks however; Archer is out on front with 250 appearances for the province, with Knox the next in line.

With Archer turning 35 in January, the hope down in Munster is that Knox and Roman Salanoa can kick on this season, and build the foundations of a long-term tighthead rotation.

Having joined the Munster academy straight out of school in South Africa almost five years ago, he has supplemented his rugby in the All-Ireland League with Young Munster, earning two starts and a few more appearances off the replacements bench each season for the province.

As expected, he's been tasked with filling Ryan's jersey for the opening rounds of the BKT United Rugby Championship, and with Salanoa currently on duty with Emerging Ireland in South Africa, it has given Knox the opportunity to plant a flag on the teamsheet.

"There's definitely a huge opportunity, and I definitely saw that coming into the season," he said.

"I guess what I needed to tell myself is that nothing needs to change from my perspective, I've been trying to get to that level and play as much as possible over the last few seasons as well, and have been putting in all the work.

"All of a sudden I have the opportunity in front of me, and it's up to me to try and take it and stake my claim on the jersey."

It seemed he was in line for a good run in the first team last season, with coaches at Munster speaking highly of the role they expected to have in the campaign.

However, two starts and five sub appearances, amounting to little over 200 minutes, seemed like a poor return. Knox was arguably victim of some short-term team selections in the second half of the season, with departing head coach Johann van Graan opting for Ryan and Archer more often than not in the business end of the campaign.

The now-Irish-qualified prop has started the new season in promising fashion though, starting two and featuring in all three games, scoring a try in the most recent win against Zebre.

And after waiting patiently for his opportunity to impress, he's keen to make it count.

"When you're in the situation where you want to play as much rugby as possible and you're trying to put your hand up, when the decisions don’t go your way, there’s going to be a lot of frustration to that.

"The biggest thing I learnt in terms of having to adapt to that is patience, and being able to transfer that energy into something constructive and just basically trying to get better all the time.

"So when I do get my chances, take them with both hands and make sure that doesn’t happen again that I don’t get selected. That’s the way I approach it and I just like to stay as positive as possible.

"But I would be lying if I said there wasn’t frustrations." 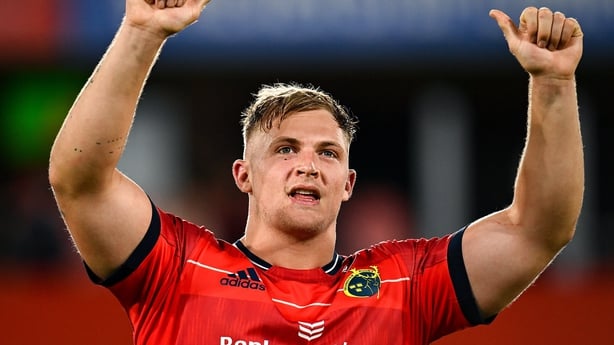 Given the gulf in experience between Archer and the other Munster props, there will be scrutiny on Knox (above), Salanoa and James Franch, whichever of the trio lines out on a weekly basis.

For the moment, it looks like Knox will be in the spotlight, and he's welcoming the extra pressure.

"There's always pressure when you're playing at this level for a club like Munster. Any time you put on the jersey you have a standard to live up to and an expectation to fill. You can only put so much pressure on yourself, because there will always be outside pressure.

"I just need to know I can do my thing at that level, and hopefully that comes across in the games, but I can always give my best, and I've prepared as well as I can to be at that level."

The pressure continues for Knox, and Munster, tomorrow evening, when they travel to Galway to take on Connacht, with both sides having endured frustrating starts to the campaign.

While Munster picked up their first win of the season last week against Zebre, Connacht remain without a single point from three games to date.

Knox featured in his side's last trip to the Sportsground, a 10-8 defeat on New Year's Day, and says he expects another "feisty" night in Galway this week.

"It's always a fairly feisty Interpro, with any Interpro everyone knows each other pretty well, and there's always a bit of grit, and pushing and shoving which can happen.

"Everyone is definitely switched on, we know the task coming up.

"Connacht haven't had the best start, we were in a similar position last week and they're coming home now, so we know they'll be coming out firing with a point to prove. We're ready to stand up and hopefully build on last week, and keep the season rolling with a few wins." 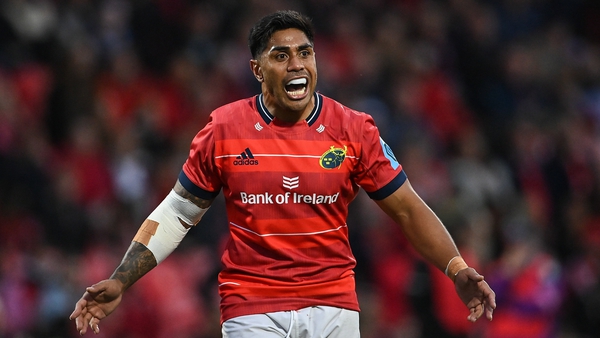 Prendergast: The best of Fekitoa is yet to come