In episode 3 of the new season of the RTÉ Rugby podcast, Neil Treacy is joined by former Leinster, Ulster and Connacht lock Mick Kearney, as well as Ballincollig and Munster women's coach Fiona Hayes, to discuss the major talking points of the week.

The panel look back at the legacy of Stuart Lancaster at Leinster, after he confirmed his future move to Racing 92 earlier this week.

They also preview the big game of Round 3 between Ulster and Leinster at Kingspan Stadium, as both sides look to maintain their 100% records.

The panel look back on poor starts to the season for both Munster and Connacht, and how Bundee Aki's red card against the Stormers opens up a wider debate about making the ruck area safer. 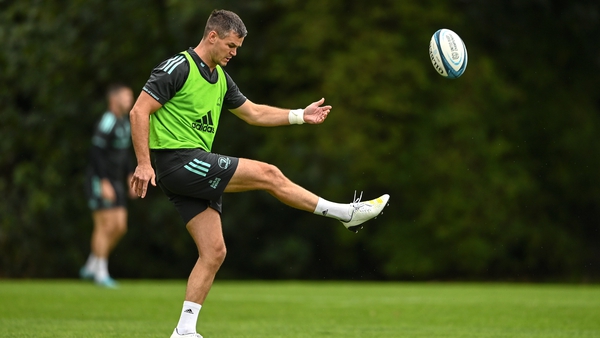 URC team news: Sexton to return for Leinster, Connacht once again without Carty