The province's record appearance holder Donncha O'Callaghan was scathing in his criticism of the players, following Sunday's shock 23-17 defeat to Dragons in Newport.

O'Callaghan was particularly critical of what he referred to as a "middle group" in the squad, who he says need to take on more responsibility, while he believes the senior internationals have been loaded with too much of the burden.

"I find it frustrating that there is a middle group not driving the standards and today was a perfect example," O'Callaghan said on RTÉ2, following Sunday's defeat.

"You get your internationals back, and you should look after them.

"I'm not making excuses, but players will make mistakes in their first game back, you need a club player who will have their backs.

"You hate making comparisons, but you look at Luke McGrath and Rhys Ruddock, they're the guys who drive it [at Leinster]."

'There comes a point, as a player, that you've got to take responsibility for your role, and that's it'

Rowntree was asked about the former Munster lock's comments this afternoon, but wouldn't be drawn on the criticism.

"I'm not going to comment on other people's views of our game but he’s entitled to his views," he said.

"I’ll give you my thoughts on the game as I did Sunday, how about that?"

And the head coach says the group have been "honest" with themselves in recent days, after starting the campaign with successive defeats

"I'm not going to shy away from that. I certainly didn’t and the players haven’t. We’ve addressed it. We had a long journey home, a quick few hours at home with the family on Monday and back in on Tuesday fixing it, looking at it, being honest.

"It was a very honest review and we move forward.

"I have absolute belief in the body of work we have gone through this summer. We worked exceptionally hard, trained well.

"I've been around a bit and have seen a lot of pre-seasons, a lot of training environments and I have absolute belief in what we've done and that it's going to come out in the game.

"As I keep saying, it's stuff that we can control and we have to be better. So we've addressed that this week."

With 13 handling errors and multiple turnover conceded at the breakdown, Rowntree admits that the province let themselves down in several areas at Rodney Parade, but he remains confident that plenty of those mistakes can be eliminated in the short term.

After consecutive games in Wales, the province are on home soil for the first time this season when they face Zebre Parma in Cork.

In previous years, a visit of Zebre would be seen as a gimme, with Munster winning all 18 previous meetings of the sides.

But while the Italians lost both games so far this season, they've been highly competitive, picking up two bonus points in each of their games against Leinster and the Sharks.

And with only Leinster, Ulster and Edinburgh scoring more tries than Parma side in the opening rounds, Rowntree says they have to be on their guard.

"We certainly can’t play too loosely against them but it’s another chance for us to right our wrongs. We’ve had a disappointing start to the season, I’m not going to shy way from that." 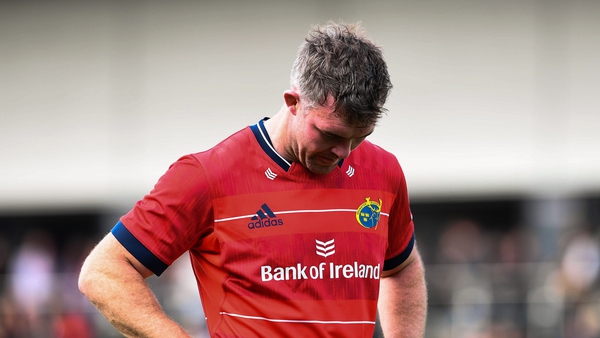