Munster have confirmed they will host the Springboks this November as part of the world champions' northern hemisphere tour.

The province will face a 'South Africa Select XV' on Thursday 10 November, the venue for which is yet to be confirmed.

It's hoped the game can be played at Páirc Uí Chaoimh, with Munster hopeful of filling the GAA ground's 45,000 capacity.

And while it's expected the game will be green-lit for the Cork venue, Thomond Park would also be available to host the Springboks.

The game will reunite South Africa head coach Jacques Nienaber with the Munster supporters, after he spent 18 months working as the province's defence coach, alongside the Boks' current director of rugby Rassie Erasmus.

"Munster are a giant force in Ireland, and they will offer the SA Select XV exactly the type of test we need to build combinations and player depth as we prepare for the Rugby World Cup next year," Nienaber said.

Just as Ireland did on their tour of New Zealand, South Africa have arranged two midweek games on their northern hemisphere tour, in addition to four Test matches against Ireland, France, Italy and England.

After opening their campaign against Ireland on 5 November at the Aviva Stadium, a non-Test selection will face Munster, before taking on France in Marseille on two days later.

Their second midweek game against the Bristol Bears follows on Thursday 17 November, before further games with Italy and England.

"We have been working with a large squad this year so that we can give an expanded group of players a chance to stake a claim for places in the World Cup and beyond, and by facing top opposition such as Munster and Bristol, I have no doubt we will get some of the answers we need with the international extravaganza about a year away," Nienaber added.

Munster have never beaten South Africa, with the most recent of their three meetings coming in 1970 at Thomond Park.

Munster Rugby CEO Ian Flanagan said: "We are delighted to welcome South Africa back to the province for the first time in over fifty years and we are grateful to the IRFU and SARU for all of their assistance in making this happen." 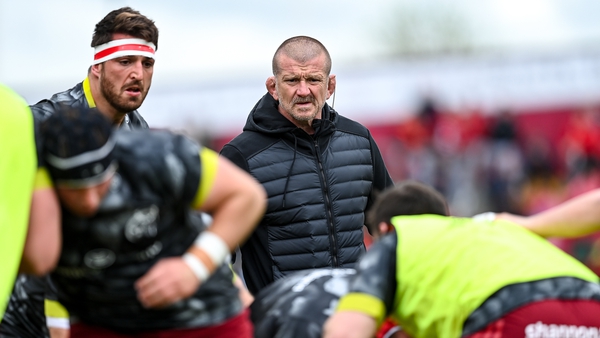