Ulster head coach Dan McFarland has signed a contract extension at the province that will keep him at Kingspan Stadium until the summer of 2025.

The 50-year-old had one year remaining on the most recent contract he signed in 2021, but he has now secured his long-term future in Belfast.

Since replacing Jono Gibbes in 2018, McFarland has proven to be a popular coach with the Ulster fans, although a first piece of silverware since 2006 continues to elude them, having been knocked out of the URC at the semi-final stage by the Stormers last week.

Under the Englishman's watch, the province have added huge depth to their squad, with a number of homegrown backs emerging in recent seasons, among them Mike Lowry, James Hume, Robert Baloucoune and Ethan McIlroy.

"I am delighted to have extended my contract with Ulster Rugby, and I would like to thank Jonny Petrie [CEO] for all his support over the last four years," McFarland said.

"I love my job here, which is only possible because of the good people I get to work with. It is through the growth, competitiveness, and teamwork of the support team and the players that we continue to compete for championships.

"However, the fact remains our ultimate goal is to win championships. I am looking forward to driving the process of finding, guiding, and supporting the people capable of doing that for this province and its passionate supporters, who truly share in our joy and pain.

"The challenge ahead is immense but that is why it is so exciting. For me, it has the feel of unfinished business."

Ulster Rugby CEO Jonny Petrie, added: "I couldn't be more pleased that Dan has chosen to extend his stay with us - I think that it’s really clear the impact that he has had on the club since joining, both on and off the pitch.

"We’ve made some impressive progress as a squad over the past couple of years, with play-off rugby against the best teams in Europe, and beyond, now a regular occurrence.

"Dan and I both see the clear potential here over the next few years and I look forward to continuing to build together on those ambitions for Ulster." 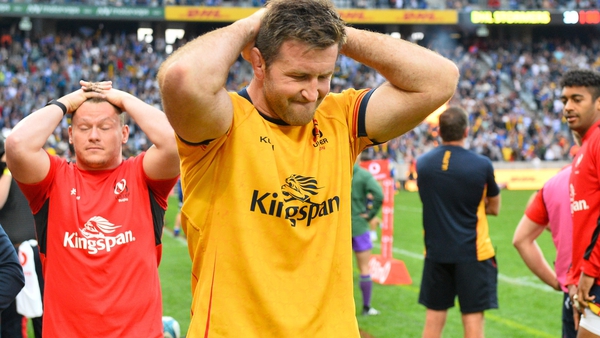