And that extra pressure might just be what tips the scale in the northern province's favour, according to the former Ireland head coach.

The sides meet in Belfast with their season on the line, the winner will face either the Stormers or Edinburgh away from home in the last four.

Six weeks ago, Munster went up to Kingspan Stadium and beat Dan McFarland's side to claim their first win in Belfast for five-and-a-half years, but their feeble showing against Leinster in Round 18 meant they failed to secure a home quarter-final.

Ulster rallied back from their poor form to beat Edinburgh and the Sharks to get back into the top four and earn home advantage in the last eight, but O'Sullivan believes the knockout nature of tomorrow's game means their previous meeting doesn't hold much relevance.

"I think you can forget about all that happened up to now, when it comes to this game," he said on the RTÉ Rugby podcast.

And while O'Sullivan acknowledges that it's win or bust for both teams, Ulster's need is greater than Munster's who will be starting a new era next season under incoming head coach Graham Rowntree (below). 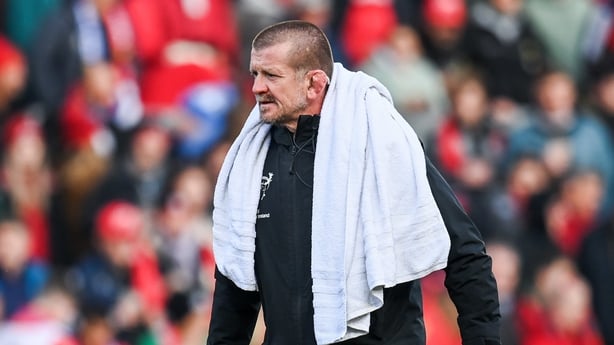 "These are watershed games for both clubs. If Munster lose, it's a long drive home from Belfast. Their season will have petered out with nothing and there will be a lot of naval-gazing. The coach is leaving, and there will be a reset button, onto next year.

"If Ulster lose this one, this is another lame duck season.

"I hate to say it, but the biggest problem Ulster have had over the last number of years, no matter who has been coaching them, is they have promised an awful lot every year to a point, and then the wheels have come off.

"This is only a quarter-final. Ulster and Munster talk about silverware, and their only path to it is in the URC. They're under a lot of pressure - both clubs - but if Ulster lose on Friday night there is going to be huge questions around them, how they ended up falling out of Europe and then coming up short in the URC.

"Munster's season hinges on this, but there is the 'out' that if they lose there will be the weeping and gnashing of teeth for a week or so, but then they'll start thinking of next season with Graham Rowntree.

"I think Ulster have to win this game and extend their season. I think they probably will, at home. Things are in their favour. I'll probably get flaked for saying that, but it's so important to them not to lose. I'm not saying it's not important for Munster, don't get me wrong.

"It's a must-win scenario for Ulster, if Munster lose they will be devastated, and there will be shrapnel flying next week, but I think people will pivot away with a new coaching staff coming in, it will be easier to pivot away.

"If Ulster lose tomorrow night, where do they pivot?"

By contrast, former Ireland international Fiona Hayes says she's leaning towards her native province, pointing out how Munster will have studied the success and failures of the Sharks who were beaten in Belfast a fortnight ago.

She said: "It's really interesting when I look back at the stats at the last game against Ulster, Munster came away with the win, but it was dominated by Ulster at times, they had 55% possession, but it was just a far more clinical performance by Munster in the red zone.

"We saw the Sharks [v Ulster], they went from side to side and Ulster's defence was outstanding, Nick Timoney was unbelievable and Duane Vermeulen was brilliant as well.

"We saw in the last 15 minutes they could have lost it when the Sharks targeted the soft shoulder in the outside channels. Munster will have to get the ball out the backline and change the point of attack.

"I think it's going to be a very tight game. I think Munster could just come out on top. The guys who didn't perform in that Leinster game, there's a lot of pressure to make summer tours.

"Carbery didn't have his best game against Leinster, the back row were nowhere to be seen at times, so I think you're looking at guys who are looking to make a tour to New Zealand.

"I think there are a few guys that want retribution after that Leinster game, and I think Munster might sneak a win." 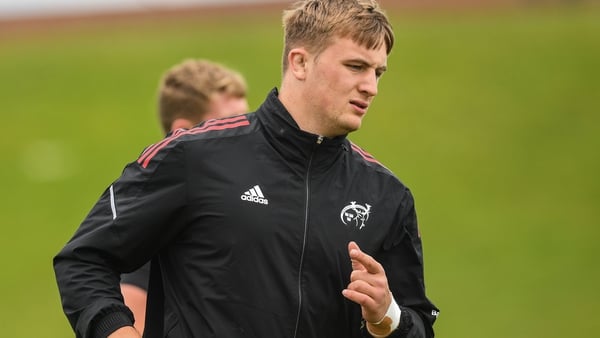 Coombes back for Munster but Beirne ruled out