Munster have confirmed the appointment of the province's former back row Denis Leamy as their new defence coach.

Leamy will join Mike Prendergast and Andi Kyriacou as part of Graham Rowntree's backroom team next season, upon completion of his time at Leinster.

The Tipperary native has been working as 'contact skills coach' at Leinster this season, having stepped up from his previous role as an elite player development officer.

The appointment is likely to complete Munster's senior coaching team for next season, after an extensive search to replace Bath-bound head coach Johann van Graan and defence coach JP Ferreira, as well as senior coach Stephen Larkham who is returning to Australia.

Last month, the province confirmed Rowntree's promotion to the head coach role, having worked as an assistant to Van Graan since 2019, while the appointments of Prendergast, Kyriacou and Leamy - all former Munster players - have now been secured. 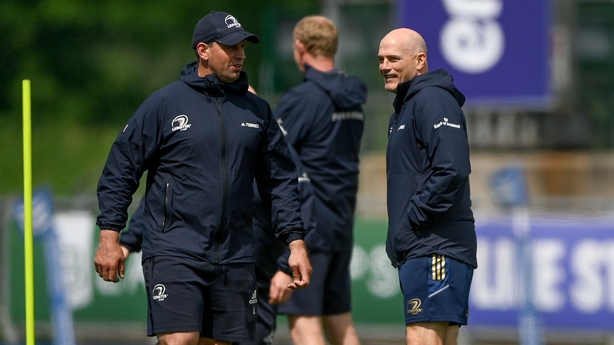 A two-time Champions Cup winner, Leamy played 144 times for Munster and 57 times for Ireland prior to his injury-enforced retirement in 2012, while he also won a Six Nations Grand Slam with Ireland in 2009.

The 40-year-old has built up a body of coaching work with underage Munster teams, as well as AIL clubs Garryowen, Young Munster and Cashel, prior to joining Leinster in 2019.

"It's been a very enjoyable few years with Leinster Rugby and I’d like to thank the club for the opportunity to join, first as an EPDO and over the last while as a Contact Skills Coach," said Leamy, who has signed a three-year deal at his native province.

"I have thoroughly enjoyed my time working with players down in the Centre of Excellence and then up in UCD and trying to add to the environment and to the development of the players as best I can.

"I feel I have developed myself as a coach working with Leo and the rest of the coaching and backroom staff and this season in particular will live long in the memory.

"Finally, I'd like to thank the players, in particular, for a brilliant three years at Leinster.

"The opportunity to continue my coaching career and to join Munster Rugby and be closer to home, is an opportunity that I feel I have to take to grow as a coach and for family reasons and I look forward to working with Graham and the rest of the team there in due course."

Leinster have since confirmed the appointment of Sean O'Brien as Leamy's replacement, with the former Ireland back row retiring from playing in recent weeks, having spent his final three seasons at London Irish.

Murray: It was Munster-Leinster and we didn't show up