Tadgh Beirne remains hopeful that he can play some part in next week's United Rugby Championship quarter-final against Ulster.

The Munster back-row has been out of action since the end of Ireland's Six Nations campaign with a thigh injury.

Recovery has been slow for Beirne with the injury proving more complicated than initially feared but speaking on RTÉ's Game On, he confirmed that he is back training and optimistic of returning to action before the end of the season.

"It’s been a bit of a rollercoaster for me unfortunately," he said.

"It’s been a slow process. At the start it didn’t look too bad and then it turned out to be a bit of a more serious injury than we first anticipated.

"At the moment it’s a week on week basis. I’m back running and back into a little bit of training here and there, so I’m certainly pushing for [Ulster].

"It’s a massive game and I certainly want to be part of it."

Meanwhile, Munster continue to count the cost of Saturday's defeat to Leinster, with the province confirming four injuries in their latest squad list.

The most serious is the news that flanker Jack Daly has suffered an anterior cruciate ligament injury.

The 23-year-old suffered the injury when he landed awkwardly in a tackle late on in Saturday's 35-25 defeat at the Aviva Stadium, with province confirming he will now see a specialist.

Daly's season is over, while Jean Kleyn and Andrew Conway are both doubts for next week's United Rugby Championship quarter-final against Ulster at Kingspan Stadium.

Kleyn will have a scan on a neck injury, although the province say it is not expected to be a long term issue.

Conway suffered a recurrence of the knee injury which had previously sidelined him since March, and will be further assessed.

Alex Kendellen is following the return to play protocols for a head injury sustained in Saturday's game, his second such HIA in six weeks.

In more positive news for Johann van Graan's side, Peter O'Mahony, Damian de Allende and Simon Zebo are all back in full training after missing the defeat to Leinster, while Craig Casey and Stephen Archer re also available again, having missed the Round 18 game due to illness.

Munster take on Ulster in Belfast on Friday 3 June, with the winner due to be away against either the Stormers or Edinburgh in the last four. 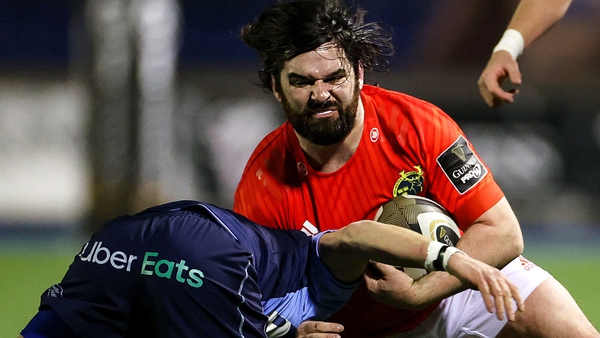