One of the knock-on effects of Munster's failure to beat Leinster’s second string on Saturday evening was the fact that their road to the United Rugby Championship final won’t involve a return to Thomond Park this season.

That path, should they beat Ulster and then the winners of Stormers and Edinburgh, is paved with bus trips and plane journeys, all of which could have been avoided had they showed the same tenacity and ruthlessness as Leinster’s young guns at Lansdowne Road.

Apart from Cian Healy, there is no guarantee that anyone else from Leo Cullen’s match-day squad will feature against La Rochelle on Saturday, while six of Saturday's evening's URC panel had fewer than eight caps each.

Only Jack Daly and late replacement Paddy Patterson fell into the same category on the Munster side in terms of experience.

With most of the coaching staff, World Cup winner Damian de Allende and Jason Jenkins set to depart at the end of the season, a goodbye wave to the Thomond faithful is now off the cards.

"Yeah, that is disappointing," admitted head coach Johann van Graan after the 35-25 defeat in Dublin.

"It’s a place that we love to play at and it’s a place where we’ve been very good at this season and yes, it is disappointing not to go back there.

"From a team point of view that’s why wanted to perform here today, to get a home quarter-final. 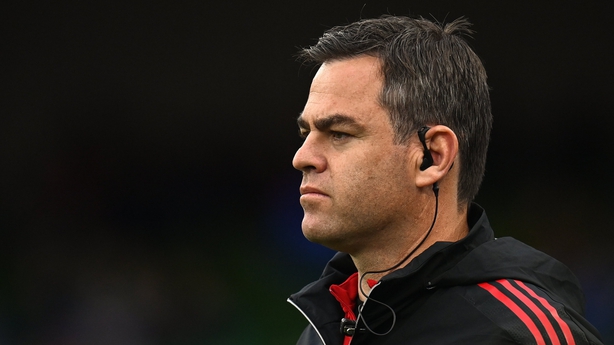 "In terms of a semi and a final we won’t spend time on that now.

"We’ll make our plans for Ulster and we’ve got to go up there and perform.

"I don’t think I need to give you a specific message to the supporters [for this loss].

"Our supporters are fantastic and they’ll always support us wherever we play.

"Everybody would have loved to play at Thomond Park, including the whole squad that travelled to Dublin today and they’ve got an away quarter-final now."

Munster were missing a number of frontliners through injury and didn’t get out of the Aviva Stadium free from more more concerns either. 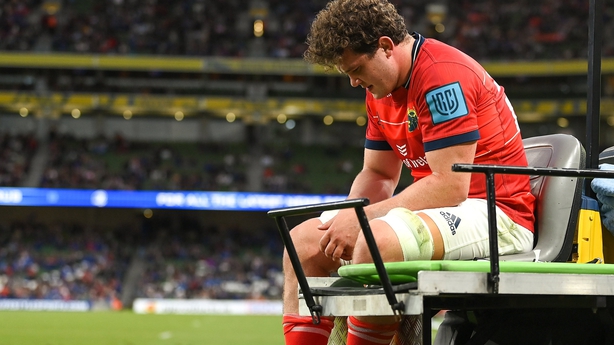 "Jack (Daly, above) was on crutches there and so we’ll have some news soon," said the South African, who’ll take charge of Bath in the Premiership next season.

"I haven’t spoken to Andrew (Conway, pulled up with a leg strain) and in that last 15 minutes I think we had three HIAs.

"We had Niall Scannell come back on and we had Diarmuid Barron on the flank so that’s a concern with those few knocks. So we’ll take our time and report back on Tuesday."

Asked about the possibility of Peter O’Mahony, Tadhg Beirne, Simon Zebo and De Allende returning for the quarter-final, he said: "Hopefully three of the four. I guess the most unlikely is Tadhg.

"Well take our time and we won’t put a time onto it.

"And then Craig Casey and Stephen Archer [who missed out through illness], hopefully we’ll have them back as well and Gavin Coombes, Jack O’Sullivan and Chris Cloete, hopefully they will have had two more weeks.

"So yes, we’ve got significant numbers coming back but we’ll take our time on that."

The URC quarter-final schedule was confirmed this morning with Ulster hosting Munster in the Kingspan Stadium on Friday 3 June at 7.35pm.