Connacht showed they are maturing as a team in spite of their defeat to Leinster last week, according to senior coach Pete Wilkins.

The western province will have to produce one of the shocks of the season on Friday night if they want to reach a first ever Heineken Champions Cup quarter-final, trailing 26-21 on aggregate heading into the second leg of their last 16 tie on Good Friday.

Despite taking the lead inside three minutes at the Sportsground last week, Connacht found themselves trailing 18-8 and 23-14 at various stages in the game, before cutting the deficit back to just one score ahead of the return tie at the Aviva Stadium.

Although they were beaten by Leo Cullen's side on the night, the Connacht performance was far removed from the previous meeting with Leinster three weeks ago, as well as the humbling defeat to Edinburgh, where their defence imploded on both occasions.

"Both teams would have come away with things to do but quietly satisfied that there is more in the tank," Wilkins (below) said ahead of Friday's trip to the Aviva Stadium. 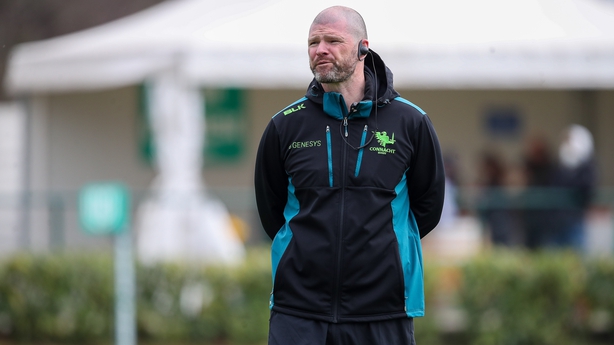 "That sets it up for an exciting second leg and the mindset of both teams will feed into that.

"It's important not to fall into the trap in that first leg of chasing a lead on the scoreboard or chasing a points differential too early. It’s about being there or thereabouts for that second leg and it’s an interesting one for us.

"In the past in games against Leinster we have maybe not trusted ourselves when they have got a score or two ahead. We haven’t had that trust that we can chip away at that lead and we have tried to pull out miracle plays and solve the scoreboard in an instant.

"If nothing else that first leg shows that we actually can remain diligent in playing our way and taking three points when they come, kicking for field position when we need to and taking opportunities with them when they are there.

"It sets us up nicely for that second leg and it will be interesting to see how both teams approach it." 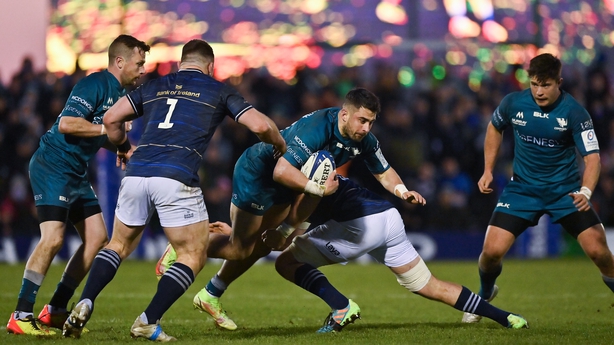 There was positive news on the injury front for Andy Friend's side this week with Denis Buckley recovering from the calf injury that kept him out of the first leg in Galway, while Tiernan O'Halloran (above) is also training fully despite picking up a knock in the first half of last week's defeat.

It leaves hooker Shane Delahunt as the only member of the senior squad currently unavailable due to injury, while centre Tom Daly is set to return from suspension, following his red card against the same opposition last month.

"It's certainly something that is considered," Wilkins added, when asked about possible changes for the second leg.

"You want to reward the performances of the guys that did well last week. Equally there are guys who have been banging the door down and were very unlucky to miss out on the 23 last week as well.

"We need to go up a level. It is one of the longest selection meetings I have been involved in in terms of connotations and other things weighed up in terms of players and combinations." 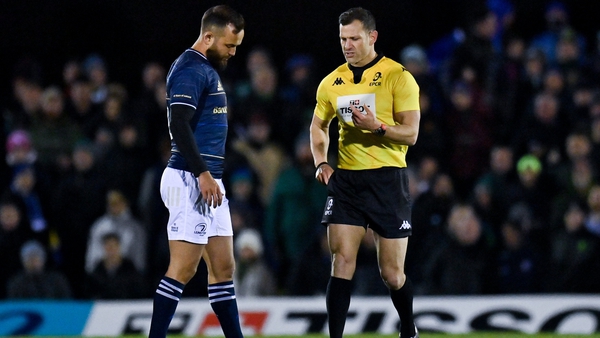