Hugh Cahill is joined by Johnny Holland, Fiona Hayes and Neil Treacy to recap Ireland's 57-6 win against Italy in the Guinness Six Nations.

The panel discuss some possible changes the game can make to engage better with supporters after the confusion over Italy being reduced to 13 players following Hame Faiva's red card, while potential changes Ireland could make ahead of the Round 4 trip to Twickenham to face England are explored.

Elsewhere Fiona gives her thoughts on last weekend's Energia Women's All-Ireland League final which saw Railway Union see off Blackrock, as well as look ahead to the announcement of Greg McWilliams's first squad since taking over as head coach. 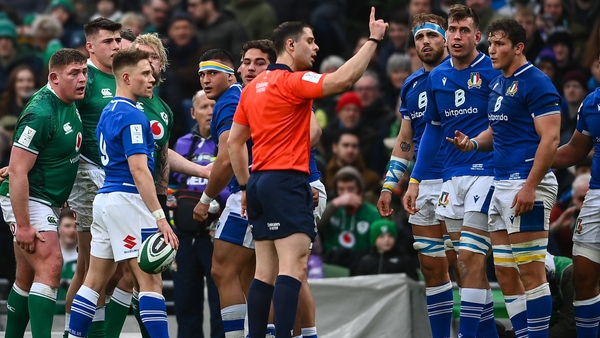 World Rugby has no plans to review uncontested scrum law