Connacht's Tom Daly says the rumours he was close to joining Munster next season were wide of the mark.

The centre agreed a new two-year deal to remain in Galway just before Christmas, which ended speculation that a move to Thomond Park was on the cards.

The 29-year-old has been one of the province's standout performers of the last 18 months, which led to rumours he was being targeted to bolster Munster's midfield options.

But the Carlow man says a move away from Connacht was never on the cards, adding that his deal had been signed well before the links to Munster emerged.

"Things were going so well here I was always going to stay in Connacht," he said.

"There were rumours flying around there about all sorts and I had never heard rumours before. The deal was well done before that anyway, I was always going to stay here.

"It was lovely to get a two-year contract here and with things going so well, the team is really starting to fire this year so hopefully we can keep building this year. It's nice just to have that security for another two and a half years," he said, ahead of tomorrow's URC meeting with the Stormers (live on RTÉ2 and RTÉ Player).

The former Leinster centre recently returned from a 13-week injury layoff, having hurt his knee in October's United Rugby Championship win against Ulster.

It saw him miss out on a the province's Champions Cup pool stage, as well as further Interpros and against both Munster and Leinster.

But after returning for February's defeat to Ulster, Daly played a key role in last week's vital win away to the Scarlets, with his intercept of a crossfield kick setting up Sammy Arnold to score their first try of the game.

"It's always frustrating being injured. I have been very lucky since I moved to Connacht and I was on a nice roll but unfortunately injuries are part of rugby and you’re always going to pick up one here and there.

"It was tough missing that big block of games, four European games, you want to be part of them and a couple of big Interpros over Christmas as well. They weren’t nice to miss but it’s good to be back out there again and back winning games as well which is good.

"It was a very frustrating time with the injury and with the team going so well at the time as well," the former Ireland Sevens captain added.

The injury has also seen him potentially lose ground in his Test rugby ambitions.

Having been part of the wider Ireland squad last summer, Daly's early season form was promising. And with Munster's Chris Farrell sidelined at the time, the Connacht centre looked to be close to Ulster's James Hume as the next midfield option off the conveyor belt.

But his injury coincided with Hume's explosion into form, Daly's return from injury arriving on the eve of this year's Guinness Six Nations, by which time Hume was set to earn his second Ireland cap against Wales.

"It's always going to be every rugby player in Ireland’s goal and you have to believe you are good enough to be playing rugby in Ireland.

"I’m realistic about it, there are a lot of good centres in Ireland.

"You see Robbie (Henshaw) sitting on the bench for Ireland for the last few games and James Hume who’s playing unbelievable stuff for Ulster isn’t even getting a look in yet.

"There is a lot of competition there but I know if I can get back to that level that I was at last year consistently then hopefully I will be in with a shout again," he added. 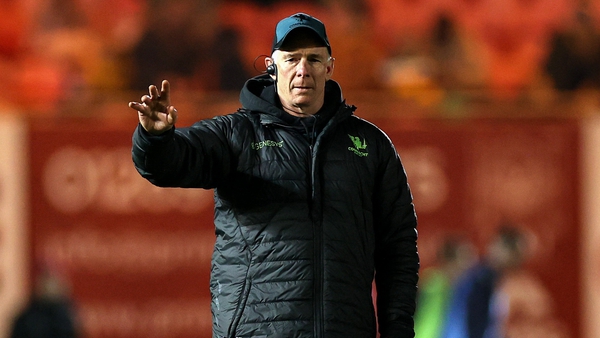