Tom Daly has signed a two-year contract extension at Connacht, ending rumours of a switch to Munster.

The province's Players' Player of the Year last season had been linked with a move to Munster this week, but those rumours have been abruptly ended with confirmation he'll remain at the Sportsground until 2024.

Daly joined Connacht on loan from Leinster in December 2018, before making the move permanent at the end of the season.

And the former Ireland Sevens captain became one of Andy Friend's key players last season, with the centre's form earning him the supporters' and players' Player of the Year awards.

The 28-year-old also earned a first Ireland XV's callup in the summer of 2021.

"Playing for Connacht has been the highlight of my career so far," the Carlow native said.

"There's a really strong group of players and management who are all working together to succeed both in the URC and Champions Cup. I’m thankful to Andy and the coaches who have shown trust in me and I can’t wait to play my part in achieving our aims in the years ahead."

Daly is currently sidelined with a knee injury sustained against Ulster in October, and follows Finlay Bealham in committing his future to the province this week.

Head Coach Andy Friend added: "Tom is the perfect example of a player who has grabbed his playing opportunities with both hands.

"I’ve been impressed by him ever since he joined on his loan deal in 2018, and then we all saw last season just how good of a player he’s become. We’re all looking forward to seeing him continue his progression and help the squad to succeed over the next two years."

Follow Ulster v Connacht (Sunday 5.15pm) via our live blog on rte.ie/sport or on the RTÉ News App or listen to live radio coverage on RTÉ Radio 1. 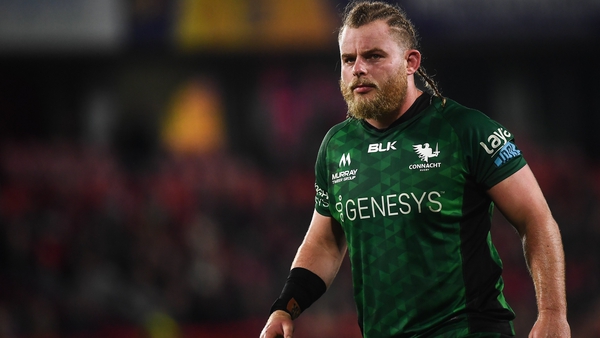