Ulster may have to do without Iain Henderson, John Cooney and Stuart McCloskey once again for Saturday's Heineken Champions Cup pool A meeting with Clermont Auvergne at Kingspan Stadium.

Cooney missed last weekend's bonus point win against the Northampton Saints due to a calf injury, while Henderson and McCloskey haven't featured since suffering respective ankle and hamstring injuries in December.

The province returned to training this afternoon ahead of Saturday's visit of the French side, with none of the trio listed on their latest squad update, while forwards coach Roddy Grant was unable to give an update on their fitness.

The lack of clarity is also worrying from an international perspective, with less than two weeks to go until the start of the Six Nations, with Ireland head coach Andy Farrell set to name his squad for the opening rounds tomorrow.

And while Cooney hasn't featured for Ireland since 2020, Henderson and McCloskey would both be expected to be involved if fit.

One player who won't be returning to the Irish squad in the spring is Jacob Stockdale, with the winger undergoing ankle surgery recently, which is likely to see be season-ending.

The 25-year-old has been limited to just one game in an injury hit campaign, and assistant coach Grant is hoping he can come back stronger next season.

"It's disappointing for everyone in the organisation," Grant said of the wing's latest setback.

"It's never nice for guys having setbacks and knocks, but there's plenty of pro rugby players who have had that.

"That being said, guys will rally and sympathise, and hopefully he gets back quickly. It's never nice when guys are injured, but he'll get through it.

Any of your top players, you want them fit. That's something I've noticed in the last two or three years of being involved is the good teams need their top players playing. Rugby nowadays seems to be more and more of an arms race, having good players on the pitch."

However, the Ulster forwards coach said they're confident the team will be able to cope with Stockdale's continued absence, citing the weekend win against Northampton as an example of their back-three depth.

"On the flipside we have some unbelievably talented back three players, our back three from the weekend; Rob Baloucoune, Mike Lowry, Ethan McIlroy were class.

"With that being said it's a hotly-contested position in our squad anyway. Those guys that come in have been playing brilliantly. If they're all fit, regardless of the name it's a selection headache.

"Young guys get great opportunities, and it's pro sport. Guys get injured and you need other guys to play well, and you want guys getting pushed," he added.

With Ulster already qualified for the Champions Cup Round of 16, they know a win against Clermont should guarantee them a high seeding, which would ensure home advantage for the second leg of the last 16, as well as home advantage in the quarter-finals, should they advance.

Grant says Ulster are more than capable of beating the best teams in Europe, but are still seeking consistency after some up-and-down results in recent months.

"We're capable, I would have said 12 months ago that we were capable as well.

"We did get to a quarter-final (in 2020), but like anything, it's in the big games that you have to perform.

"So far in Europe we've gone well; Clermont away, Northampton away, Northampton home, Leinster away (in the URC), we've had some results. The easy thing is to remind ourselves about Munster away and Ospreys away, we constantly have to strive for consistency, that's what the great teams do, the top teams.

"We want to be a top team so it's a good opportunity and who knows, we'll see if we are or we're not. We can think or hope we are, but time will tell." 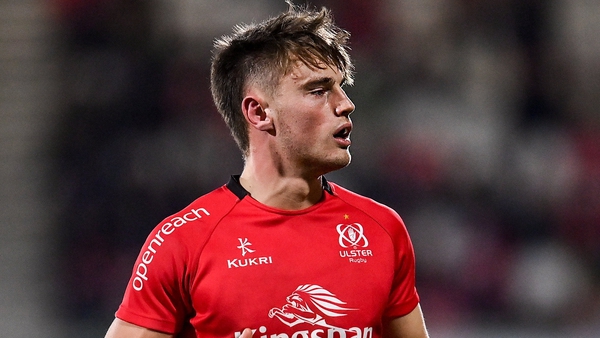