Johann van Graan says the criticism he and his team have faced in the last week is "understandable", but that they won't allow the future coaching situation to become a distraction.

The Munster head coach's future has been a major talking point this week following their disappointing defeat to Connacht a week ago, with some suggestions he could depart the province early ahead of his summer move to Bath.

However, Saturday's evidence would suggest he still has the backing of his players, who fought back from 0-7 and 6-13 down with 14 men to defeat Ulster at Thomond Park.

It was a classic backs-to-the-wall performance from Munster, who had faced enormous criticism for their feeble display in Galway a week ago, and lifts them up to fifth in the United Rugby Championship table.

Van Graan insists that the squad ignored the outside criticism of the last week.

"It is all about the people on the inside (of the camp)," he said.

However, the Bath-bound coach admitted that the criticism is "understandable".

"It is professional sport. There will always be noise but luckily we have a very good leadership group and a very good coaching team.

"I can understand when people get carried away or when people make statements and that is part and parcel of professional rugby.

"All we can do is focus on our process and inside the HPC we are all pretty calm and pretty composed. It was a normal week for us.

"I think we were better tonight compared to last week. It came down to using opportunities, and I think we did that better tonight. We took our points. We stayed in the game in a pretty tight Irish derby."

Attention now turns France, with the province set for a short turnaround into their Heineken Champions Cup Round 3 meeting with Castres in France, an 18th renewal of the tournament's most frequent match-up. 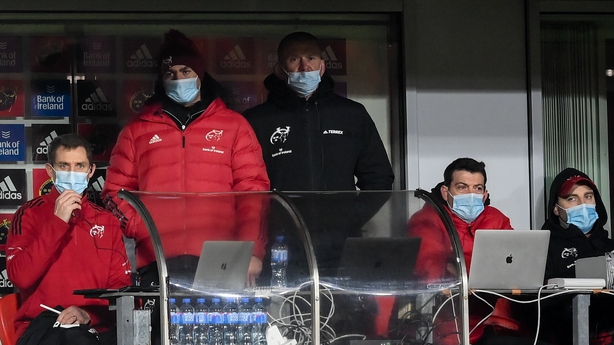 The two-time champions look set to welcome back Conor Murray, Keith Earls and Andrew Conway among several others, but they will be sweating on the fitness of both Peter O'Mahony and Damian de Allende.

The pair will be assessed early in the week, with O'Mahony picking up a leg injury in the warm-up before Saturday's win against Ulster, Van Graan adding that it was far too early to guess on whether or not the captain would be fit for Friday's trip to France.

De Allende was ruled out of Saturday's derby with Ulster having suffered an abdominal injury in training last week, an injury described as "a pretty odd one" by the coach.

"A stomach muscle, so hopefully he will recover and be available. We won't know until early next week.

"We have got to make sure we recover first. We have literally got Monday and Tuesday and then we are off to France. We have a few guys who will hopefully come back in the next few days.

"This was a pretty physical encounter so we will take stock on Monday morning. We won't get carried away.

"The last time we played Castres away we lost 13-12. The way they came back against other teams in the last two weeks means it is clear they will be a handful over there.

"We will look at the game in isolation, prepare well, and hopefully deliver a good performance," he continued

Out-half Joey Carbery also remains "a few weeks" away from a return, leaving him unlikely to be available for the start of the Six Nations.

The 26-year-old, who signed a two-year contract extension to remain at the province until 2024, hasn't featured since suffering an elbow fracture in last month's win against Wasps in Coventry.

"We are very glad he is staying in Munster Rugby, he is such a big part of the squad. It is great that he is remaining here because he is happy here and I felt in that Wasps game, he got back to his best after the third Irish test against Argentina.

"It is unfortunate he got injured in a freak injury against Wasps. It is an elbow (injury); he can do a bit of stuff but it will still be a number of weeks," Van Graan added. 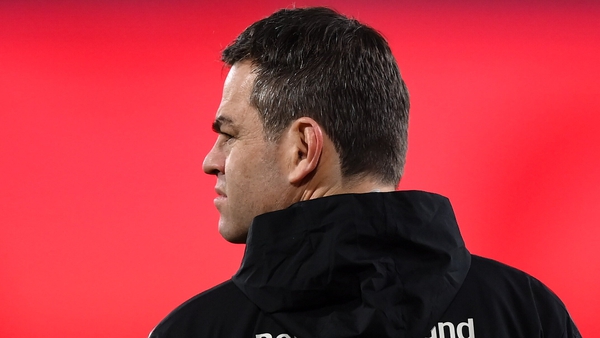