The St Stephen's Day United Rugby Championship Interpro between Munster and Leinster has been postponed due to Covid-19 cases in the Leinster squad.

It's the second year in a row that the festive fixture has been rescheduled due to Covid-19.

Leinster have been dealing with a Covid outbreak in their camp in the last 10 days. Their Heineken Champions Cup tie against Montpellier being cancelled last Friday, with the French side awarded a 28-0 bonus-point victory much to Leinster's displeasure.

Despite multiple positive cases among players and staff, Leinster had been able to name a strong squad for their trip to France prior to the cancellation, and it had been expected they would be in a position to field a strong team this Sunday in Limerick.

However, the province are still dealing with that outbreak, forcing the URC to postpone Sunday's game at Thomond Park.

In a statement the URC said that "a number of positive Covid-19 cases within the Leinster squad have been reported by the province".

"The URC Medical Advisory Group has liaised with the IRFU and Leinster, who are working with the Irish Health Service Executive (HSE) and deemed that the fixture cannot go ahead as scheduled.

"The United Rugby Championship will now consider available dates to reschedule the game," the statement continued.

Leinster's New Year's Day fixture with Ulster is still scheduled to go ahead as planned at this stage.

New government restrictions meant this Sunday's fixture would have had to be played in front of a maximum capacity of 5,000 people, after Munster were initially closing in on a sell-out for the annual post-Christmas clash with their rivals.

The game will now be rescheduled for a date early in 2022.

Twelve months ago, the sides were also forced to postpone their St Stephen's Day meeting, after there was a delay with the PCR testing in Leinster's camp.

Leinster intend to recommence training on 28 December, according to a statement.

Follow Ulster v Connacht (Sunday 5.15pm) via our live blog on rte.ie/sport or on the RTÉ News App or listen to live radio coverage on RTÉ Radio 1. 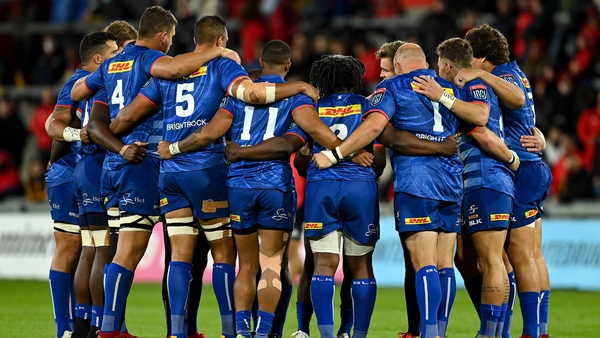