Donal Lenihan believes that the decision to cancel Leinster's Heineken Champions Cup game with Montpellier and award the French side a 28-0 win was 'incredibly harsh'.

The Irish province had suffered a Covid outbreak but 23 players had repeatedly tested negative and were ready to travel to the south of France until competition organisers EPCR decided to cancel the game yesterday evening.

"I think it's extremely harsh on Leinster," Lenihan told RTÉ Radio 1's Morning Ireland. "Montpellier reported five Covid cases themselves on Monday, as did Leinster. Leinster had further cases on Wednesday but they announced a squad of 23 players that were due to fly out this morning.

"That squad all had five negative antigen tests and four PCR tests, so they had been cleared by Public Health Ireland to travel.

"Yet, the EPCR has awarded the game, 28-0 and five points in the league table, to Montpellier, which is incredibly harsh on Leinster.

"Wasps and Munster went ahead last week with 57 players from both squads unavailable. Leinster haven't been given the opportunity of playing the match, even though they have a fit squad with 12 internationals in their starting team."

"I’d be surprised if they don’t (take action) but if I were Leinster I would maybe sit back for a couple of hours and see what’s going to happen today. The French travel ban (on non-essential trips from the UK) that was announced, could there be further games cancelled today with clubs from England, Wales and Scotland due to go to France tomorrow?"

The EPCR announced this morning that Ospreys would also concede their Pool A fixture against Racing 92 in Paris after recording a number of positive cases.

Domestic disruption also seems inevitable as the cabinet meet today to consider NPHET recommendations that include cut-off times of 5pm and restricting attendance at sporting events to 50% of capacity or 5,000 people.

The traditional festive Interprovincial games are scheduled for St Stephen's Day and New Year's Day in the United Rugby Championship, with Munster v Leinster on 26 December expected to be a sell-out at Thomond Park.

"That was going to be Munster’s first full house in nearly two years," said Lenihan.

"From a financial perspective, that Stephen’s Day game is one of the biggest gates of the year and is hugely anticipated by fans of both sides.

"The only bit of good news rugby got from a financial perspective in the last two years was the November Internationals. I know the IRFU breathed a huge sigh of relief when those three games were able to go ahead with full houses.

"That has given some modicum of a financial boost but if Stephen’s Day was to go ahead (with crowd restrictions) it would be a huge blow to Munster and the IRFU as well." 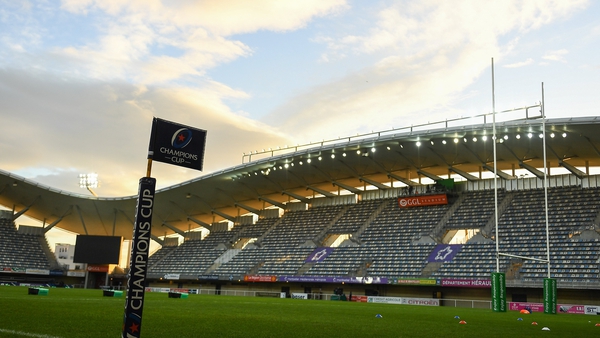