Munster players and staff will have to quarantine at home for 10 days on their arrival back in Ireland from South Africa says Minister for Health Stephen Donnelly.

Munster's clash against the Bulls in Pretoria on Saturday has been postponed, along with three other United Rugby Championship games in South Africa this weekend due to the discovery of a new Covid-19 variant, Omicron, in the country.

South Africa is one of six countries placed on an updated UK red list, which comes into effect at 4am on Sunday morning, with anyone arriving after that time facing a 10-day hotel quarantine.

The province say they are working towards getting their touring party back to Ireland as soon as possible, adding that their latest round of PCR testing has not returned any positive cases.

Now their European preparations have also been greatly impacted, with Munster due to travel to Coventry to play Wasps in the opening round of the Heineken Champions Cup on Sunday 12 December.

Minister for Health Stephen Donnelly confirmed that anyone returning to the country from seven southern African countries regardless of vaccine, recovery or PCR test status will have to quarantine at home, and must take two PCR tests during that period.

Next weekend's round of home games for the South African franchises have also been postponed.

Munster were set to play the Bulls in Pretoria on Saturday and the Lions in Johannesburg the following weekend. Both matches are now off.

In a statement on Twitter, the URC said: "Due to the sudden developments connected with the new Covid-19 variant (B.1.1.529) that have immediately placed South Africa on the UK and EU travel red lists, the scheduled Round 6 and 7 United Rugby Championship fixtures set to take place in South Africa over the next two weekends have been postponed and will be rescheduled later this season.

"The safety and well-being of our participating clubs' players, coaches, support staff an match officials is the foremost priority and the URC is currently working with the four visiting clubs - Cardiff Rugby, Munster Rugby, Scarlets and Zebre Parma - to facilitate their return as soon as possible."

Cardiff and the Scarlets meanwhile say they are struggling to fly their teams back from South Africa despite securing a charter plane.

The two Welsh regions, along with Munster and Zebre Parma, have also been in the country preparing to play back-to-back matches in the URC.

A Cardiff statement read: "Cardiff Rugby continue to work tirelessly to repatriate their travelling party from South Africa following sudden developments around the Covid-19 variant B.1.1.529.

"A charter aircraft has been secured, however we have been unable to secure Civil Aviation Authority clearance due to the closure of borders in the UK and European Union."

Speaking to S4C's Y Clwb Rygbi (The Rugby Club) programme on Friday night, Scarlets executive chairman Simon Muderack admitted it would be touch and go whether the region could meet that deadline.

"I think it’s going to be pretty tight," he said. "Priority number one is to get the process under way, and then we’ll have to deal with the consequences or the options that may exist surrounding that deadline."

Jonathan Caldwell, Paul Dunne, Niall Kearney and Cormac Sharvin were among 15 Irish and British players to have withdrawn from the Joburg Open, the first event of golf's DP World Tour 2021/22 season.

The ICC will decide today whether the qualifying tournament for the women's T20 2022 World Cup in Zimbabwe should continue.

Ireland have already played two matches at the tournament and look likely to progress to the Super 6 phase scheduled for next week. 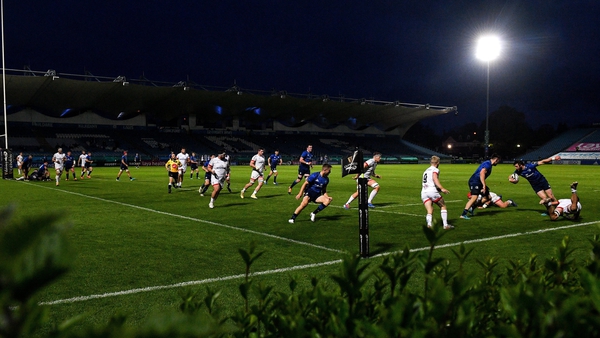