Australian Open champion Novak Djokovic's participation at the tournament has been thrown into further jeopardy by inaccuracies in his border entry form.

A travel declaration form released in the wake of his legal victory in Melbourne on Monday indicated that Djokovic had not travelled to any other countries in the 14 days before his departure to Australia on 4 January.

However, pictures have emerged showing the world number one in his native Serbia and in Spain over the Christmas period.

Djokovic has faced criticism for appearing in public in Belgrade 24 hours after apparently testing positive for Covid-19 on 16 December, with that test used as the legal basis for his Covid-19 vaccine exemption.

Djokovic now awaits a verdict from Australian immigration minister Alex Hawke, who is considering whether to use his personal powers to cancel a visa despite the Serbian’s winning his appeal at the Federal Circuit Court yesterday.

Djokovic trained at the Australian Open venue earlier on Tuesday, but journalists weren't able to gain access to his session at Rod Laver Arena. An internal feed from the court was cut, but drone and helicopter footage did capture the practice, along with a pool photographer.

Meanwhile, former coach Boris Becker has warned Djokovic he risks the wrath of the crowd if his quest for a record 21st grand slam title continues.

Becker, who coached Djokovic for three seasons from 2014 to 2016, told the BBC: "I’m sure there will be a couple of boos and whistles, but he’s used to that.

"He was always a street-fighter who had to fight the odds and win over the crowd, and it was fascinating in last year’s US Open final when they finally embraced him.

"The crowd will be difficult with him but with each match he starts, he will win the crowd and they will embrace him again. But he is going to have a difficult first week."

Whilst expressing his full support for Djokovic’s stance, Becker admitted he was concerned at the prospect of similar problems in the future, and reiterated his belief that the world number one should accept a vaccine.

"I’m sure the French Open and Wimbledon will be watching the Melbourne saga, and I’m sure they will have strict rules on who can play and who cannot play," Becker added.

"It’s everybody’s choice but life is more difficult if you don’t want to be vaccinated. Personally I’d advise him to be vaccinated eventually because life would be easier for him, but ultimately it’s his choice and we have to respect that." 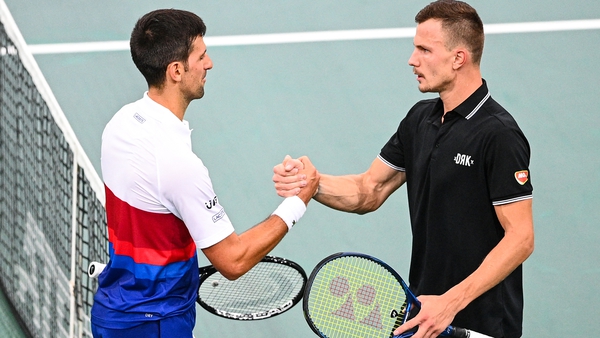