Ashleigh Barty took out Maria Sharapova to become the first Australian woman to reach the quarter-finals at Melbourne Park for a decade.

Sharapova was looking to follow up her big win over defending champion Caroline Wozniacki but lost nine games in a row to trail 4-0 in the deciding set and her attempts at a comeback fell just short.

Barty served out a 4-6 6-1 6-4 victory with an ace on her fourth match point in front of a raucous crowd on Rod Laver Arena and will face Petra Kvitova in her first singles quarter-final at a grand slam.

"Maria was never going to go away," said Barty, who spent more than a year away from the game between 2014 and 2016, including a spell playing professional cricket.

"She's a proven champion. She will fight until the last point. I was doing all the right things but I'm very happy to come through in the end." 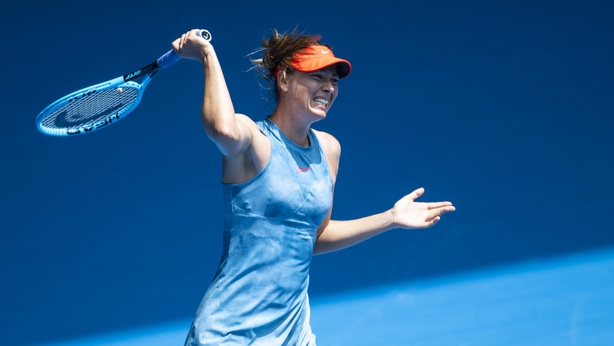 Sharapova praised Barty in a sometimes frosty press conference in which she declined to answer questions about being booed by the crowd after taking a long toilet break and whether she is being affected by not being able to take Meldonium, the substance for which she served a 15-month doping ban.

"I thought she played a really great match, and I still had my chances, which I didn't take," said Sharapova. "I definitely had a letdown for many games straight, gave her that confidence."

The Russian is struggling with ongoing shoulder pain but insisted she still believes she can add to her five slam titles.

"I think it would be tough for me to be doing all the work and putting in all the effort if I didn't really believe that," she said. "I think I'd be kidding myself."

Barty and Kvitova, who ended the run of 17-year-old Amanda Anisimova 6-2 6-1, played each other a week ago in the final of the Sydney International, with the Czech edging a very tight match.

Barty said: "It's exciting that I get to have another chance at Petra straightaway.

"Sitting down with my team late last year, it was one of the goals we set out that we wanted to go deep into slams. It's amazing that it's happened in Australia. 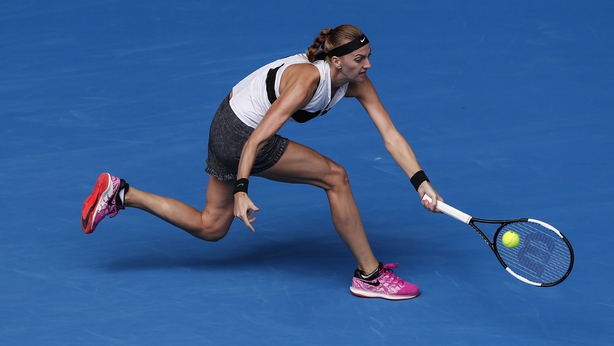 Kvitova is no stranger to the latter stages of slams, of course, but this is the furthest she has been in Melbourne since 2012.

It is only two years since she feared she might never play again after being stabbed in her playing hand by an intruder in her home, and four and a half years since she won her second Wimbledon title.

She said: "I'm kind of a different person. I do have a different mindset than I had those years when I won.

"I'm just here to enjoy the tennis. That's really important not to be really stressed about it. It's great to be in the quarter-finals, but I know how difficult it is to win a grand slam."

Jiri Vanek had just started coaching Kvitova when the stabbing happened, causing serious damage to the nerves and tendons in her fingers.

He said: "I don't want to say it's miracle, but for us it's just amazing. She was so strong mentally, and she show us, she tells us, 'Don't worry, guys, I will come back and I will be strong. And maybe this thing can help me in the future'. We just followed her and now we try to give her back her positive attitude." 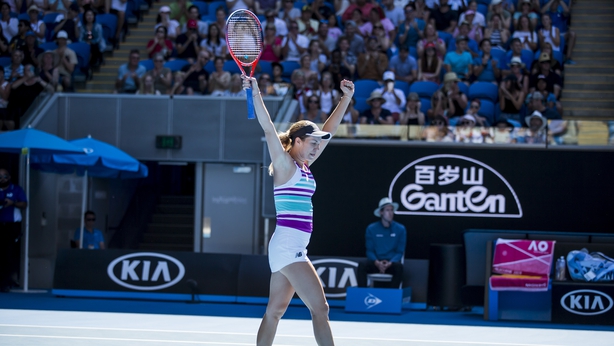 Arguably the biggest shock of the tournament took place on Margaret Court Arena, where 25-year-old American Danielle Collins, who had never won a grand slam match before arriving in Australia, knocked out second seed Angelique Kerber 6-0 6-2 in just 56 minutes.

"It was completely not my day," said Kerber. "But credit to her, she played a good match." 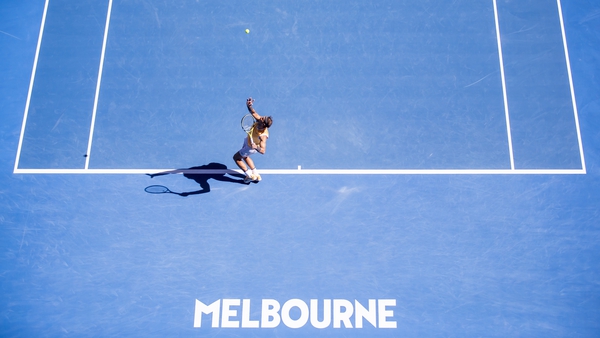