Roger Federer was challenged for the first time at Wimbledon before defeating Tomas Berdych to reach his 11th final.

Federer will face Marin Cilic on Sunday, bidding to win a record eighth title at the All England Club and to become the oldest men's singles Wimbledon champion of the open era.

He will go into the match as the hot favourite but there were slight glimmers of hope for Croatian Cilic in this performance that Berdych was unable to capitalise on.

Arguably no one has suffered more from the big four's dominance than the Czech, who has reached seven grand slam semi-finals and one final - which he lost to Rafael Nadal here seven years ago.

On that occasion he defeated Federer and Novak Djokovic back to back and, having benefited from the Serbian's retirement on Wednesday, he was looking to repeat the feat. 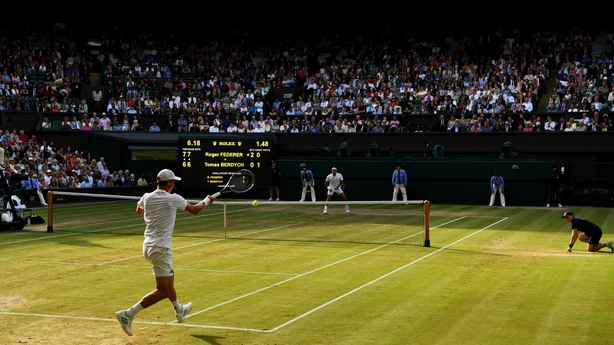 Berdych repeatedly targeted the Federer forehand and had a decent amount of success, while he showed an unexpected deftness of touch at the net.

But too often he made bad errors at important moments while Federer slipped up only once when shutting the door in his opponent's face.

That came at 4-3 in the first set after Federer had taken advantage of a fortunate net cord to break in the fifth game.

Federer had the history and the crowd, he surely did not need the luck as well.

But Berdych hit back to make it 4-4 after Federer sent a second serve fractionally wide.

There was the sublime and occasionally the ridiculous from the 18-time grand slam champion, who got so much chop on one attempted drop shot that it landed several metres short of the net.

Berdych saved two break points to force a tie-break but one netted forehand cost him dearly.

The Czech was frequently matching Federer from the back of the court but too often the errors came when he was on the front foot. 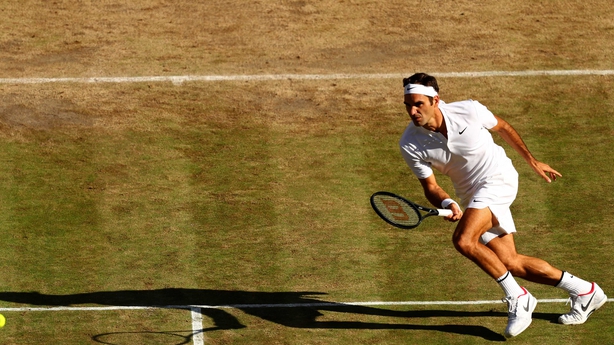 It would not be surprising if he had been slightly short of belief having lost his last seven matches to Federer, and 18 of 24 in total, with his last win coming four and a half years ago.

Even when Federer was in trouble he still managed to look dismissive, saving a Berdych break point at 3-3 in the second set with a forehand swatted away at such an acute angle that it landed well inside the service line.

Berdych looked the stronger player towards the end of the set but was put in his place in the tie-break by three clean winners from Federer - the forehand not such a good play after all.

The writing was on the wall for Berdych at two sets down and the third set was Federer at his best.

He broke the Berdych serve for the second time to lead 4-3 having snuffed out two chances for his opponent with unreturnable serving.

"This triumphant year for @rogerfederer continues"

He moves into his 11th #Wimbledon singles final without dropping a set... pic.twitter.com/OX1Hh7E1m2

And after two hours and 18 minutes, Federer booked his place in the final when Berdych netted a backhand.

It will be a staggering 29th grand slam final for the Swiss, who, just short of his 36th birthday, will be the oldest man to appear in the Wimbledon men's final since the 39-year-old Ken Rosewall in 1974.