For the second year in a row, the world number one will have the chance to complete his career grand slam with victory in Sunday's final.

Stan Wawrinka played the match of his life to keep him waiting 12 months ago and it will surely take a similar performance to stop him this time.

With Djokovic playing in the last four at a slam for the 30th time and Thiem making his debut, the danger was always that it was going to be a blow-out, and so it proved.

The world number one dropped only three games in the opening two sets and then won six of the final seven games to cruise to a 6-2 6-1 6-4 victory.

Because of the delayed schedule, both men's semi-finals were played simultaneously and Djokovic and Thiem were exiled to Court Suzanne Lenglen. 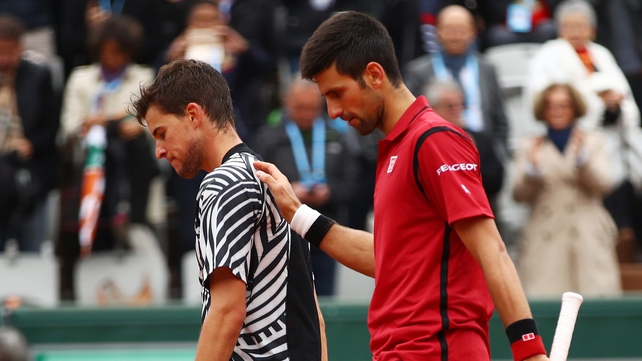 Organisers sold cheap tickets and allowed ground-pass holders in, and it was a lively atmosphere that greeted the players.

Only Djokovic has won more matches than 22-year-old Thiem this season, and the consolation for the Austrian is that he will make his top-10 debut next week.

He had played superbly to beat David Goffin in the quarter-finals but could find no way to penetrate Djokovic's legendary defences.

Both men were playing for the fourth day in a row but Thiem had expended more energy in getting there.
His one-handed backhand, so impressive this fortnight, was misfiring and the first two sets were a procession.

Thiem went for broke at the start of the third and got his reward by racing into a 3-0 lead but back came Djokovic, winning five games in a row and then clinching victory on his first match point.

The victory was his 27th in a row in slams, and a repeat on Sunday would make him the first man since Rod Laver in 1969 to hold all four titles at the same time. 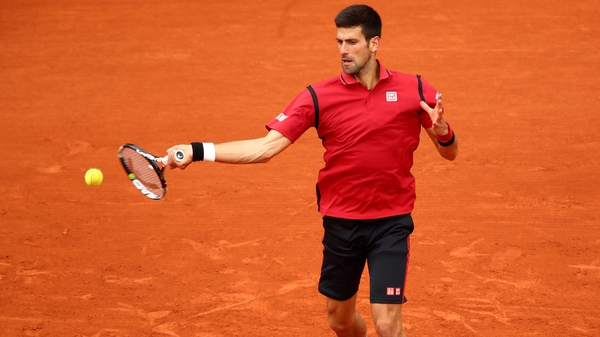