Novak Djokovic and Rafael Nadal wasted little time easing into the second round of the French Open.

While Andy Murray needed close to four hours to battle his way back from two sets down against Radek Stepanek, Nadal and Djokovic lost only nine games between them.

The Spaniard, who next plays Facundo Bagnis, is looking to become the first man ever to win 10 titles at a single grand slam.

He said: "It's obvious that was a good start for me. The most important thing that I had to do today I did well, which was the return, and then I was playing with not many mistakes.

"I think it's obvious that the opponent plays better on faster surfaces. But in general I think I played a solid match." 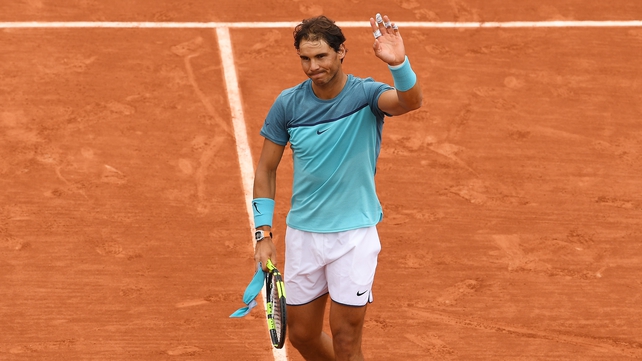 Djokovic looked like he might have a tricky afternoon at 4-4 in the opening set against Lu Yen-hsun but from there he lost only two games and eased to a 6-4 6-1 6-1 victory.

The world number one said: "It was just (taking) the time to kind of get myself engaged, get used to the conditions and the new court, a new tournament.

"The second and third sets were really good. I thought I found my rhythm. The first set was up and down. But I'll take the positives out of it, and I'm hoping I can progress as the tournament goes on."

Djokovic, meanwhile, was unhappy with Nick Kyrgios for involving him in the row over code violations.

Kyrgios was furious to have been given a warning during his match against Marco Cecchinato for shouting at a ball boy.

In a lengthy rant at umpire Carlos Ramos, Kyrgios compared the situation to one involving Djokovic in Rome two weeks ago, when the world number one pushed the arm of umpire Carlos Bernardes in a dispute over a line call.

"I saw that particular situation that happened in his match," said Djokovic. "By mentioning my name, I don't think it was necessary."

Sixth seed Jo-Wilfried Tsonga gave the home fans plenty to cheer with a 6-3 6-4 6-4 victory over Jan-Lennard Struff while Tomas Berdych and David Ferrer both had easy wins.

Dark horse Dominic Thiem, who won a title in Nice at the weekend, had a tough battle with Inigo Cervantes but triumphed 3-6 6-2 7-5 6-1 to remain on course for a fourth-round clash with Nadal.

Nadal will not have to face Fabio Fognini, though, after the Italian, who beat his rival three times last year, was knocked out by Marcel Granollers. 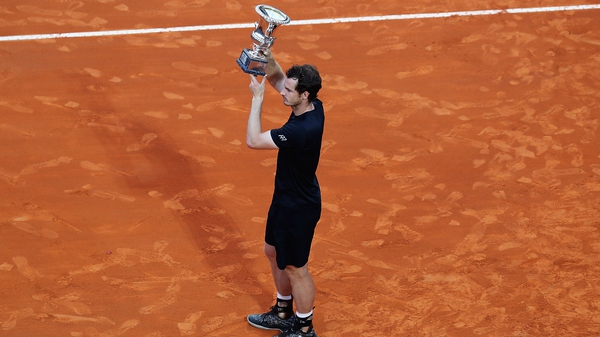