Andy Murray punctured Novak Djokovic's air of dominance by beating the out-of-sorts Serb in straight sets in the final of the Italian Open in Rome on Sunday.

Just a week after Djokovic had beaten him in the final of the Madrid Open, the Scot gained his revenge over the world number one in another claycourt final with a superb 6-3 6-3 win in one hour and 35 minutes.

Djokovic was not at his best and in a grumpy mood, complaining on several occasions to the umpire about the slippery court surface on a damp day at the Foro Italico.

He slumped to only his third defeat of the entire season, hitting a couple of errant forehands and a double fault in the final game before Murray conjured up one inspirational backhand winner to lift the title.

No British man had won the Italian title since 1931 and the triumph gives the world number three Murray a major boost before the second of the season's grand slams, the French Open, starts next week.

Murray needed less than an hour to overcome Frenchman Lucas Pouille in his semi-final on Saturday, while Djokovic required more than three hours to see off Japan's Kei Nishikori in a game which finished at 11.13pm local time.

Unsurprisingly Murray made the better start, forcing a trio of break chances in Djokovic's first service game that he was denied.

But with rain threatening at Foro Italico, Djokovic was off target with a backhand two games later and Murray, who returns to world number two, broke to take a 3-1 lead.

Djokovic beat Murray in last week's Madrid Open final to lead the pair's head-to-heads 23-9, but failed to adapt to the slippery conditions as well as his inspired opponent, who opened up a 5-2 lead before wrapping up the opening set 6-3 in 46 minutes with a brilliant forehand drop shot.

Murray fired 11 winners in the opening set and began the second in similar vein with the confidence to open up with his full repetiore of shot-making that had Djokovic, bidding for his 30th ATP Masters 1000 title, on the backfoot.

The British number one broke Djokovic again in the fifth game of the second set and a superb overhead backhand volley helped him hold serve in the next game to go 4-2 up and put one hand on the trophy.

Djokovic, who would have passed the  100million-mark in prize money with victory, looked weary after his late-night triumph against Nishikori and continually conveyed his displeasure at the conditions with several stares and expletive exchanges with the umpire.

He held serve to trail 4-3 in the decider, but was broken again by a rampant Murray, who claimed the second set 6-3 and completed the perfect preparation for next week's French Open, with an outrageous off-court passing shot. 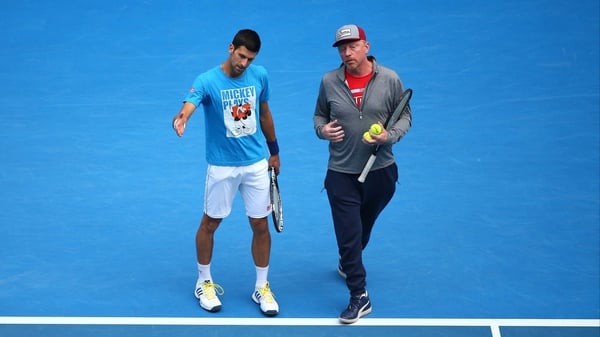