"I am overwhelmed and speechless," Siegemund, born and raised near Stuttgart, told reporters after claiming her third top-10 victim in succession. "That does not happen very often."

Earlier, the psychology graduate had mixed up her powerful ground strokes with aggressive net play as she outplayed Radwanska 6-4 6-2 on the Stuttgart indoor clay court.

A well-placed backhand down the line sealed the biggest win of her career as 4,500 fans cheered her.

The 28-year-old Siegemund, who had already beat sixth seed Roberta Vinci in the last eight and fourth seed Simona Halep in  round two, has yet to win a WTA singles title in her 10-year professional career.

She had only made the main draw to her first-ever Grand Slam at last year's Wimbledon but will find compatriot Kerber, the world number three, in the mood to ruin the fairytale as she demonstrated against Kvitova that she has rediscovered her early-season confidence. 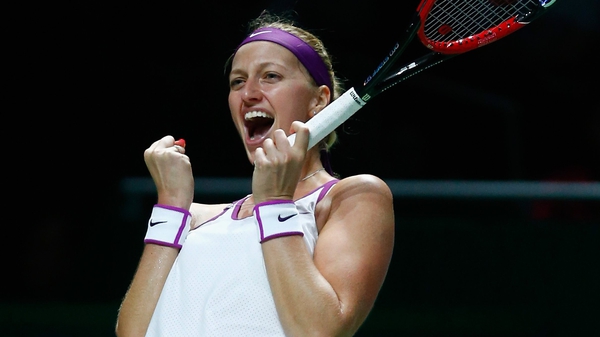