Venus Williams claimed the WTA Elite Trophy with a battling victory against Karolina Pliskova in Zhuhai, China on Sunday to secure a return to the top ten for the first time since 2011.

The top-seeded American beat her third-seeded Czech opponent 7-5 7-6 (8/6) for a third WTA title of the year, adding to those won in Auckland and Wuhan.

Williams is up from eleventh to seventh in the world, coming back to the top ten for the first time in over four-and-a-half years.

The 35-year-old former world number one and seven-time singles major winner started well and raced to a 4-1 lead in the first set.

A determined Pliskova won the next three games to level scores but the American would not be denied.

The roles were reversed in the second set with Williams trailing 4-2 and by the same score in the tiebreak before she raised her game and unleashed back-to-back forehand winners to seal the contest.

For the first time since 2008, Williams has managed to win three titles in a single season.

The 700 points she earned on Sunday helped her jump four places to world number seven in the new WTA rankings. 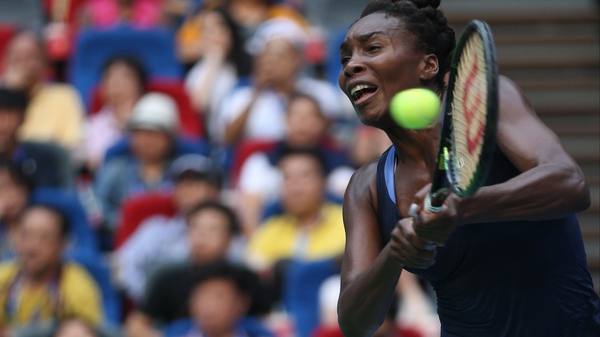