One of the most stunning days in recent tennis history ended with Marin Cilic beating Roger Federer to set up a US Open final against Kei Nishikori.

Federer and world number one Novak Djokovic had been expected to set up a repeat of the Wimbledon final but instead both were the victims of huge upsets.

After an off-colour Djokovic's four-set loss to Nishikori, Cilic produced a remarkable performance in a one-sided 6-3 6-4 6-4 victory over the 17-time grand slam champion.

It is the first time since the Australian Open in 2005 that a slam final will not feature one of Federer, Djokovic, Rafael Nadal or Andy Murray.

Cilic said: "It's an amazing day for me. I feel amazing. To be able to play like this, I never dreamed of it. I think today was my best performance ever in my career."

Of the final, he added: "I think it's going to be a sensational day for both of us. I'm extremely happy to be in the final for the first time. I'm just going to enjoy it, be happy and try to win."

Cilic thumped Tomas Berdych in the quarter-finals but nobody expected him to come out and do the same to Federer.

The Croatian was serving so well and hitting the ball so cleanly and with so much power that Federer had no answer.

From 40-0, the 33-year-old was broken in the fourth game of the match and did not have a sniff of a break for the rest of the set.

Cilic then began the second set by crunching a return to break serve again, and Federer could not hide his frustration at the way the match was going.

Cilic's only previous slam semi-final came in Australia four years ago, when he lost to Andy Murray, but there was no doubt in the 25-year-old's mind that he belonged at this stage.

The four-month doping ban he served last year, which caused him to miss this tournament, he said had made him tougher and allowed him to work on his game.

Coach Goran Ivanisevic has also played a big part, in particular helping Cilic improve his serve, and it was a weapon Federer could not get a grip on.

After little over an hour, Cilic was two sets up and the crowd were almost stunned into silence.

Federer had fought back from two sets down in his quarter-final against Gael Monfils and he roused his fans by breaking the Cilic serve for the first time in the match to lead 2-0 in the third.

But Cilic broke back immediately to take the sting out of Federer's comeback at source.

The Swiss' success this year has partly been a result of his willingness to attack the net, a tactic encouraged by part-time coach Stefan Edberg.

But Cilic was hitting the ball so well from the baseline that Federer was struggling to get to the net, and when he did he was frequently passed.

Federer was broken again in the seventh game, and it was not a surprise given the amount of pressure Cilic was applying.

A few minutes later, Cilic stepped out to serve for the biggest win of his life and sent down three aces and a backhand winner. 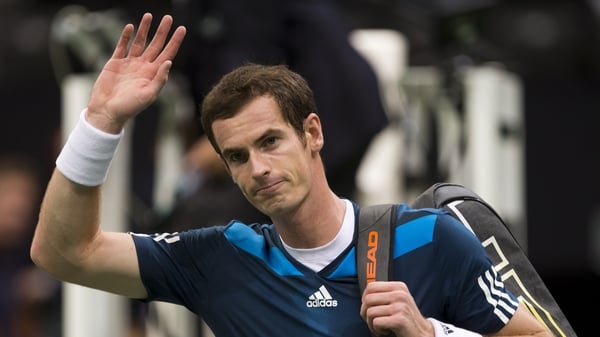