Andy Murray has been beaten in straight sets 6-3 6-4 by Marin Cilic in the ABN Amro World Tennis Tournament in Rotterdam.

Murray, the world number six, was broken on his very first service game and never really looked comfortable thereafter as Cilic eased to a 6-3 6-4 win in 71 minutes.

The Wimbledon champion was seeded second in Rotterdam but never lived up to that billing in an off-colour performance.

There were signs that Murray, who only recently returned to action following a back injury, was off his game when he was taken to three sets by Austrian qualifier Dominic Thiem in the previous round. And against superior opposition in the shape of Cilic, he was duly punished.

Having lost the first set, Murray threw in a double fault which summed up the way he was playing.

And he let the his frustration at his poor form get the better of him, angrily berating himself on court.

There was worse to come though as, having been broken to go 3-2 down, he forged a great chance to get back into the match.

He took Cilic to 0-30 on the Croatian's serve, then was handed three break points when his opponent dumped what should have been an easy winner into the net.

Even then though Murray could not take advantage as Cilic stormed back to take the game, effectively ending Murray's resistance. 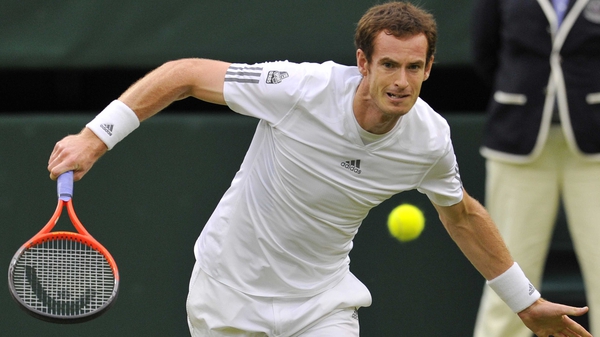