The new golden girl of tennis Eugenie Bouchard reached the Wimbledon semi-finals with a 6-3 6-4 defeat of Angelique Kerber.

The 20-year-old Canadian attacked relentlessly throughout the Court One duel, eventually breaking the dogged resistance of one of the sport's best defenders.

Bouchard survived four break points at 3-3 in the opening set and it proved a pivotal moment as she then tucked into Kerber's weak serve in the next game to stretch ahead.

She looked to be racing away with the match when she moved 4-1 ahead in the second but Kerber, who downed Maria Sharapova yesterday, dug deep and came within a point of levelling the set at 5-5 as Bouchard faltered slightly.

The 13th seed responded in style though with a flurry of winners and sealed victory when Kerber hooked a forehand wide.

She will face Romanian third seed Simona Halep in the semi-final, hoping to go one better than at this year's Australian Open and French Open where she fell in the last four. 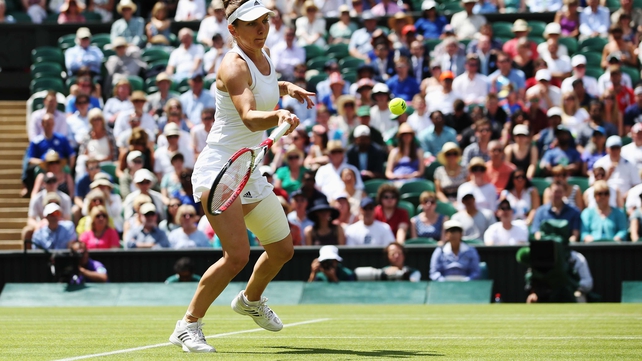 Halep continued her impressive season by marching into the semi-finals with a businesslike 6-4 6-0 victory over last year's runner-up Sabine Lisicki.

Halep, beaten finalist at last month's French Open, has climbed to third in the rankings this year by virtue of career-best results at consecutive grand slams and was in no mood to ease up against the 19th-seeded German.

Lisicki had shrugged off a shoulder injury in her fourth-round victory over Yaroslava Shvedova on Tuesday with no apparent ill-effects and went on the attack with some big serves and ferocious groundstrokes to race into a 4-1 lead.

But Halep showed her mettle to pull back to 4-4. Lisicki seemed to sense she had missed a golden opportunity, allowing the Romanian to give her the runaround from the baseline and reel off the next eight games to seal a place in the last four. 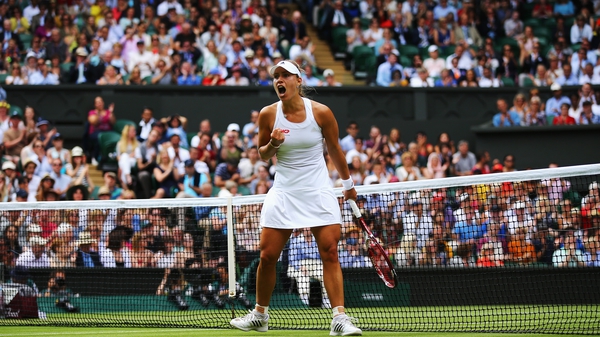