Top seed Maria Sharapova was in less than sparkling form as she ousted fellow Russian Anna Chakvetadze in straight sets in the quarter-finals of the Australian Open today.

In an error-strewn match that lasted two hours and 13 minutes, the 19-year-old made 41 unforced errors and had her serve broken four times before eventually prevailing 7-6 (7-5) 7-5.

After Chakvetadze had taken a medical time-out for treatment on her right shoulder between sets, the second set followed a similar pattern as the first with both players continuing to make mistakes and squander service games.

Leading 5-4, Sharapova wasted one match point on her opponent's serve but closed Chakvetadze out two games later to win the match with her fifth service break.

Sharapova will meet fourth seed Kim Clijsters in the semi-finals after the Belgian overcame 62 unforced errors to down sixth seed Martina Hingis 3-6 6-4 6-3 in a three-set thriller.

Playing in what is likely her final Australian Open, Clijsters broke the Swiss in the second game of the match only to see her own serve broken three times in the opening set as she went down 6-3 to the three-time champion.

The Belgian, who plans to retire at the end of this season, regained her composure in the second set, breaking Hingis twice to take a 5-2 lead before securing the set with a fine cross-court winner.

Both players had a break each early in the final set before Clijsters grabbed a crucial edge with another break in the seventh game to take a 4-3 lead.

Appropriately she closed out the match with another break of service, keeping her in contention for her first Australian Open title. 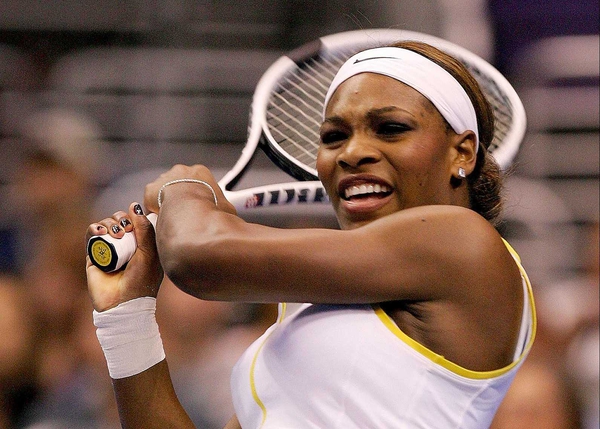